Reading Black Consciousness books is the fastest way for new members of the community to gain knowledge of self.

By reading just one of these scrolls each month, you will have a deeper understanding of the weapons of white supremacy, your place in the world, and the definition of Black Consciousness.

Why We Chose These Black Consciousness Books

I personally explain why I chose these books in the video below.

Long before the Pan-African Alliance was created, we spent thousands of hours reading hundreds of books. Some of the books we read had the same information that could be found in other books. There were also many books on Black Consciousness that were based on the author’s opinion instead of proven facts. And finally, some books contained information that could not be used on a practical, everyday basis.

That left us with 12 black consciousness books that expose readers to 360 degrees of new knowledge in one year or less.

The Destruction of Black Civilization by Dr. Chancellor Williams

Read this if you are interested in: How you came to be 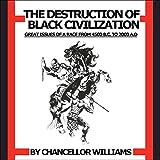 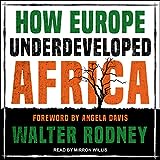 Read this if you are interested in: The weapons of white supremacy

Dr. Walter Rodney gave his life to write this book. In the summer of 1980, a bomb took his life. But not before How Europe Underdeveloped Africa had changed our understanding of Africa’s plight.

This book, and the Black history it teaches,  is an excellent starting point if you want to truly understand how Africa ended up the way it is, and who is to blame.

Black Africa: The Economic and Cultural Basis for a Federated State by Dr. Cheikh Anta Diop

Pin
Black Africa: The Economic and Cultural Basis for a Federated State
$16.66
Add To Cart Or Save For Later

Dr. Cheik Anta Diop’s  vision of a United States of Africa formed the foundation of the political views of many Pan-African organizations, including ours. In this book, Cheikh Anta Diop gives you a clear vision for a federated African state, along with realistic steps for achieving it in our lifetime.

If politics is your area of focus, this book is required reading.

Pin
Inroduction to Maat Philosophy (Spiritual Enlightenment Through the Path of Virtue)
$21.95 $16.79
Add To Cart Or Save For Later

Read this if you are interested in: African Spirituality

In this book, Dr. Ashby reclaims our stolen legacy from Yogic traditions, brings them back to their Kemetic source, and gives the student an OverStanding of the practical applications of Kemetic Science.

As one of the most important spiritual leaders in the study of Kemetic philosophy and practice, Dr. Ashby’s work is critical for anyone on their path to the development of knowledge of self!

Breaking the Chains of Psychological Slavery by Dr. Naim Akbar

Pin
Breaking the Chains of Psychological Slavery
$20.00
Add To Cart Or Save For Later

Read this if you are interested in: Gaining knowledge of self

Pin
Consciencism
$11.69
Add To Cart Or Save For Later

Read this if you are interested in: Politics and Pan-Africanism

Another important political scroll, Consciencism contains the political philosophy of the first President of Ghana, founder of the OAU (a pre-cursor to the African Union), and the Chairman of the All-African Peoples Revolutionary Party – Kwame Nkrumah.

The New Jim Crow: Mass Incarceration in the Age of Colorblindness

Read this if you are interested in: Mass Incarceration

This book was so revolutionary, it was banned in prisons across the United States for fear of a Black uprising. If you want to truly understand the weapon of white supremacy that we call prosecution, this book is a must read!

If you prefer to listen to books instead of reading them, you can download the audio version for free with an Audible trial. Click here to learn more about Audible, and add The New Jim Crow to your playlist. 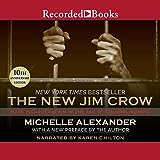 Pin
PowerNomics : The National Plan to Empower Black America
$28.00 $20.13
Add To Cart Or Save For Later

Dr Claud Anderson gave us the blueprint for real economic liberation. “Black labor, in all its forms, is becoming obsolete,” he said.

We should have put this plan into action a long time ago!

The Miseducation of the Negro by Carter G Woodson 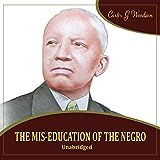 Pin
The Mis-Education of the Negro
$9.95
Free With Audible Trial

This book should to be required reading for every teacher, educator, administrator, and parent of children of African descent.

Carter G Woodson’s work helps us understand that African peoples are truly miseducated. This miseducation creates a serious identity crisis on the part of African youth and it causes many Black “educated” middle class people to spend more time trying to reach the consumer American Dream rather than working toward a real self-determination agenda of African peoples.

The Autobiography of Malcolm X by Alex Haley

Read this if you are interested in: Self Improvement

The story of El-Hajj Malik El Shabazz is one that many on their path into consciousness can relate to. In his own words, Malcolm X narrates his rise from the depths of white supremacist subjugation to the leadership of the Black masses. As the son of a Garveyite, student of Elijah Muhammad, and mentor to so many still alive today, Malcolm X lefte behind an undeniable legacy of integrity and leadership by example.

Read this if you are interested in: Understanding the world around you 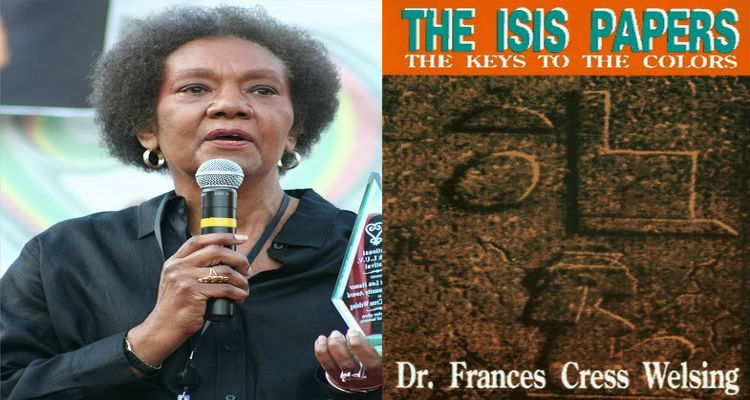 The Isis Papers is like an operation manual for combating white supremacy. In it, our Ancestor Dr. Frances Cress Welsing lays out the terrain of the battlefield with descriptions of the ‘9 areas of people activity’ and how they have been used against us.

Dr. Welsing remains one of the most influential Black psychologists of our time and perhaps of all time.

Negro with a Hat: The Rise and Fall of Marcus Garvey

Read this if you are interested in: Nation building

Marcus Garvey is credited as being one of the Founding Fathers of Pan Africanism. Never had the world heard a more passionate speaker, or witnessed a more dedicated worker for the creation of a United States of Africa.

In a time when lynch mobs patrolled the streets, he rose up to lead countless millions toward sovereignty and victory, established the most audacious commercial endeavor by any Black man since, and gave Kwame Nkrumah, Elijah Muhammad, and WEB Dubois their ideas. This book is his story.

Some of these Black Consciousness books are rare and out of print. So collect them now while they are still available!

Consciencism
Breaking the Chains of Psychological Slavery
Inroduction to Maat Philosophy (Spiritual Enlightenment Through the Path of Virtue)
Black Africa: The Economic and Cultural Basis for a Federated State
How Europe Underdeveloped Africa
Destruction of Black Civilization: Great Issues of a Race from 4500 B.C. to 2000 A.D.

PinPin
Add To Cart Or Save For Later
Black Africa: The Economic and Cultural Basis for a Federated State

PinPin
Add To Cart Or Save For Later
Destruction of Black Civilization: Great Issues of a Race from 4500 B.C. to 2000 A.D.

PinPin
Add To Cart Or Save For Later
Negro with a Hat: The Rise and Fall of Marcus Garvey
The Autobiography of Malcolm X (As told to Alex Haley)
PowerNomics : The National Plan to Empower Black America
The New Jim Crow: Mass Incarceration in the Age of Colorblindness

PinPin
Add To Cart Or Save For Later
PowerNomics : The National Plan to Empower Black America

PinPin
Add To Cart Or Save For Later
The New Jim Crow: Mass Incarceration in the Age of Colorblindness

PinPin
Add To Cart Or Save For Later

The Beauty, Power, and Divinity of the Black Woman