More than a thousand years before the foundations of Greece and Rome, proud and industrious Black men and women known as the Dravidian erected a powerful civilization in the Indus Valley. From those origins, African Kings in India drove the region’s commerce, culture, and belief systems.

“…The darkest man is here the most highly esteemed and considered better than the others who are not so dark. Let me add that in very truth these people portray and depict their gods and their idols black and their devils white as snow. ”

“Ethiopians have had very intimate relations with Indians. In fact, in antiquity the Ethiopians ruled much of India. These Ethiopians were called the Naga. It was the Naga who created Sanskrit. A reading of ancient Dravidian literature which dates back to 500 BC, gives us considerable information on the Naga. In Indian tradition the Naga won central India from the Villavar (bowmen) and Minavar (fishermen).” 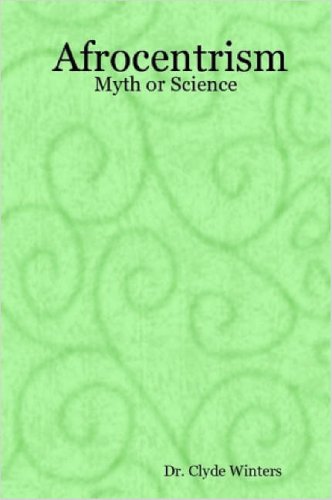 He goes on to write:

“The Naga were great seamen who ruled much of India, Sri Lanka and Burma. To the Aryans they described as half man and snake. The Tamil knew them as warlike people who used the bow and noose. The earliest mention of the Naga, appear in the Ramayana , they are also mentioned in the Mahabharata.

In the Mahabharata we discover that the Naga had the capital city in the Dekkan, and other cities spread between the Jumna and Ganges as early as 1300 BC. The Dravidian classic, the Chilappathikaram made it clear that the first great kingdom of India was Naganadu.

The Naga probably came from Kush-Punt/Ethiopia since the Puntites were the greatest sailors of the ancient world, and in the Kemetic inscriptions there is mention of the Puntite ports of Outculit, Hamesu and Tekaru, which corresponds to Adulis, Hamasen and Tigre.”

Even the legends of India revere the Black race that laid the foundation of their civilization, and the holiest books of India also affirm that enlightenment came from Ethiopia (The first God of India was a dreadlocked black man called Shiva.)

Look at the faces below. If you had to guess where these people lived, you would probably guess Africa – and you would be wrong.

These are some of the indigenous people of India called the Siddi – and they have been there for thousands of years.

Also known as Sidi, Siddhi, Sheedi, Sawahili or Habshi, members of this ethnic group are descendants of the East African Bantu people.

The faces you see above carry the same blood in their veins that great Kings like Malik Andil Khan Sultan, Jamal al-Din Yaqut, Malik Sarwar, and General Malik Ambar.

You may have never heard the four names above, but they shaped the face of India and should never be forgotten. Here are their stories.

That mans name was Shahzada Khoja Barbak – and he is credited with being the Ethiopian who conquered the Bengal Kingdom and established Black rulership in 1487. But we do know that he was a Siddi.

Despite his violent rise to power, Malik Shah proved to be a wise and compassionate King. He secured peace and comfort for his subjects, was “matchless in his generosity”, and “bestowed on the poor the treasures and largess of past sovereigns, who had hoarded the same with considerable exertions and pains.”

A story from the Bibliotheca India illustrates his empathy for the poor:

The members of Government did not like this generosity towards the poor, and used to say to one another:

“This Abyssinian does not appreciate the value of the money which has fallen into his hands, without toil and labor. We ought to set about discovering a means by which he might be taught the value of money, and to withhold his hand from useless extravagance and lavishness.

Then they collected that treasure on the floor, that the king might behold it with his own eyes, and appreciating its value, might attach value to it.

When the king saw the treasure, he inquired: ” Why is this treasure left in this place?” The members of Government said: “This is the same treasure that you allotted to the poor.” The king said: “How can this amount suffice? Add another lak to it.”

This Black King left an enduring legacy that the people of India enjoy to this day. You can still visit a mosque, a tower and a reservoir that Malik Shah built in the city of Gaur.

Jamal began his unlikely rise to power as a habshi – one of many enslaved East Africans that lived in Delhi.

East Africans were valued in Indian society for their strength, and many of them were hired as security personnel by Indian royalty.

Jamal al-Din Yaqut was hired by the royal house of Queen Raziya – the first (and last) female ruler of Delhi who reigned from 1236AD to 1240AD. Jamal supported the Queen as she rose to power in a male dominated Aryan society, and in return for his loyalty she gave him the title of Amir of Amirs.

Indian society in the 1200s did not look kindly on a Muslim woman sitting on the throne. And they were even less enthusiastic about seeing a Black man being elevated to positions of power.

It was her relationship with a Black man that became her downfall.

Turkish nobles in the area who held vast amounts of power considered Africans as racially inferior, and they put plans into motion to overthrow the Queen and her Amir of Amirs.

The conspirators recruited agents in Delhi and used their influence to inspire rebellion and revolt. When a neighboring community rose up against the throne, Queen Raziya personally led a unit to put down the rebellion.

With the capitol unguarded and the Queen away, agents stormed the castle and lynched Jamal al-Din Yaqut. Just a four months later the Queen herself was captured, thrown in prison, and killed.

If not for the work of Islamic Historians Mohammad Habib and Khaliq Ahmad Nizami, we may never have known the story of Jamal al-Din Yaqut who ruled as Amir with his Queen by his side.

Malik Sarwar Becomes the ‘King Of The East’ in 1394AD

Like Shahzada Khoja Barbak mentioned above, Malik Sarwar was a member of the Habashi ethnic group. Historians tell us that he began his rise to power as Governor of a territory called Jaunpur near Delhi.

His loyalty and virtue earned him the title of Malik-us-Shark – an honorific that means King of the East. 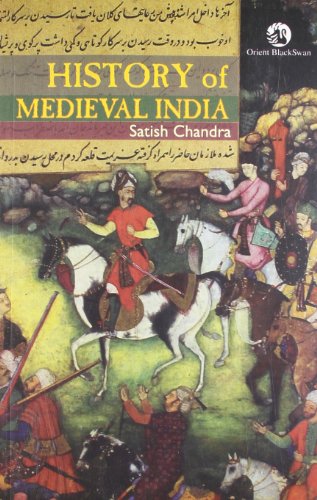 But Malik was only a King on paper. He discovered the limits of his power when he came into conflict with nearby Sultans who outranked him in power and in title.

In an effort to establish his authority as a King in his own right, Malik declared himself and his territory as independent powers. He gave himself a new title – Atabak-i-Azam – and when communities rebelled against him he launched a series of campaigns to restore order. He crushed uprisings and annexed a number of cities that included:

His reputation as a capable military leader and administrator inspired fear and respect in the hearts of other Indian powers like the Rai of Jajnagar and the ruler of Lakhnauti – who sent him elephants and weapons as a form of tribute.

Malik Sarwar’s brilliance laid the foundation for a successful dynasty that lasted almost a hundred years. Indian history calls him and his successors the Sharqi Kings. His lineage was carried from son to son in the names of:

The Sharki Kings were all Black, and they built on the legacy of Malik Sarwar by ushering in a long period of peace and prosperity. Under these Black Kings, Jaunpur saw a century of remarkable achievements in art, architecture, education, trade and commerce.

General Malik Ambar Rises Against All Odds in 1607AD

One of the most famous among the Indo-Africans was the celebrated Malik Ambar who lived from 1550AD until 1626AD.

Malik Ambar, whose original name was Shambu was born around 1550 in Harar, Ethiopia. After his arrival in India, he was able to raise a formidable army and achieve great power in the west Indian realm of Ahmadnagar.

Ambar was a brilliant diplomat, tactician, and administrator. In 1590, Ambar broke away from Bijapur and built an independent mercenary army of over 1500 African, Arab and local Dakani men.

“…he appears to have been the most enlightened financier of whom we read in Indian history.”

Ambar also organized a 60,000 horse army and successfully beat back the Moguls for the next 20 years. The Moguls could not conquer Dakan until after his death.

In the 16th century, there were many other powerful Habishi in the political scene of India. Chingiz Khan, the prime minister to Nizam mul-Mulk Bani, King of Ahmadnagar in 1575, was of African origin.

After the King’s death, his son Murtaza I led a successful revolt with several Habshis against his mother’s claim to power.

All of the names above belonged to the same community – the Habshi. And although the community has been destroyed by intermarriage and racism, their influence is undeniable and their achievements cannot be ignored.

These Black rulers changed India for the better. Despite racism, slavery, and oppression, they all rose to become wise men, shrewd administrators, powerful military leaders, and brilliant academics.

The names mentioned above are just a few of the rulers, leaders, and wise men that shaped Black history in India. But there are many more names waiting to be discovered and restored to their rightful place in history. If you have others you would like to contribute then add them to the comments below.