No time to read? Listen to this article below.

Anna Cooper – born Anna Julia Haywood to a Black enslaved woman and a white slave master – achieved much in her incredible 105 years of life.

Her 1892 book, A Voice from the South: By a Woman from the South,  is credited as one of the first clear articulations of Black Feminism in the West.

As an organizer, Dr. Anna J Cooper helped launch the Colored Women’s League in 1892 and she organized the  first Pan-African Conference as part of the executive committee in 1900.

Her examinations of white supremacy formed the foundations of Pan Africanism that we stand on today. It is for these reasons that Anna Cooper should be remembered, recognized, and revered.

Anna Cooper died in her sleep during Black History Month February 27, 1964. While she left behind no physical descendants, her work has inspired Africans around the world who manifest her legacy as her intellectual children.

This is her story.

Anna Cooper was born in Raleigh, North Carolina on August 10, 1858 – the same year that Abraham Lincoln made his “House Divided” Speech at the State Capitol in Springfield, Illinois.

Anna was born just three years before the beginning of the American Civil War and in the midst of The Trail of Tears, a series of forced relocations of approximately 60,000 Indigenous Americans to concentration camps and reservations.

Even as a nine year old student Anna Cooper possessed a rare genius and a deep love of learning. Despite coming of age in a violent and hateful climate, Anna dedicated herself to mathematics, science, and learning foreign languages.

So impressive was her academic rigor that she was offered a scholarship as one of the first students of St. Augustine’s Normal School and Collegiate Institute For Blacks (known today as the HBCU St Augustine’s University).

She continued to grow into a powerful academic force after graduating from St. Augustine’s by becoming the first Black woman to graduate from Oberlin College on a full scholarship with a degree in Mathematics. And in 1887 she was invited to teach math and science at the Preparatory High School for Colored Youth (later known as M Street and today as Dunbar High School) in Washington, D.C., the largest and most prestigious public high school for African Americans in the nation.

But Anna Cooper did not stop there.

“Cooper studied French literature and history for several years before enrolling as a doctoral student at Columbia University in 1914 while also remaining a full-time teacher. In 1924, Cooper transferred to the University of Paris, Sorbonne, in France and, in 1925, successfully defended her doctoral dissertation, which explored the attitudes of the French toward slavery during the late-18th-century revolutions in France and Haiti. She was only the fourth African-American woman in the U.S. to earn a Ph.D. and the first black woman from any country to do so at the Sorbonne.” – From the Life and Legacy of Anna Julia Cooper published by The Anna Julia Cooper Episcopal School

Anna would fall in love with a fellow student while she pursued her academic career, but that marriage would end early and tragically. Her husband George A. C. Cooper would die after just two years of marriage.

Instead of remarrying and risking a life of domestication, Anna would remain a Widow for the rest of her life. She would bear no children of her own and instead used her home as a place of refuge for countless foster children.

Some believed that Anna never remarried because of her dedication to her work but evidence suggests that she never stopped loving her husband and could not bring herself to love another man: 85 years after his death, Anna would be buried in the same Raleigh cemetery where her husband was laid to rest. She invested heavily in a magnificent marble grave marker for him that still stands today. And she paid for the stained glass window in St. Augustine’s now Historic Chapel in honor of her husband.

Why We Call Anna Cooper The Mother of Pan Africanism

What started as trade between Africa and the rest of the world spiral into the Maafa – a period of great suffering marked by the slave trade. From 1415 until 1957, ancient African empires would be destabilized and colonized by Europeans in the name of “God, gold, and glory”.

By working together and using divide and conquer strategies against Africans, white supremacists were able to plunge Africa into darkness. Our Ancestors did not accept white rule quietly. In Dahomey, our legendary women warriors reigned hell down on the French. In Ghana, Queen Yaa Asante Waa rallied together the women of the Ashanti Kingdom and fought the British for a hundred years. And In Jamaica Queen Nanny and her guerillas would defeat every European that would stumble upon her mountain strongholds.

But the bravery of our Ancestors was not enough to withstand the sustained onslaught of white supremacist aggressors. One by one, our kingdoms fell and were replaced by European political and legal systems in what would be known as the Partition of Africa.

Read Also: 134 Years After The Berlin Conference, Africa Needs To Save Herself

Our Ancestors responded by calling together the best Black minds across the African Diaspora in the year 1900. Anna Cooper joined Henry Sylvester Williams and others to organize the first Pan African Conference.

This conference would give birth to Pan Africanism and our struggle to regain African sovereignty during which Dr. Anna Cooper would deliver her presentation entitled “The Negro Problem in America”. Her speech deconstructed the nature of the relationship between Black Americans and white supremacy in such a way that provoked mass action.

This speech and her organizing efforts earned her a place alongside other notables as one of the most important Pan Africans in history.

Of equal importance was her contribution to the role of Black women in a white patriarchal society. Her first book, A Voice from the South (1892), was a forceful advocacy for the education of Black girls and women and a call for us to speak truth to power. 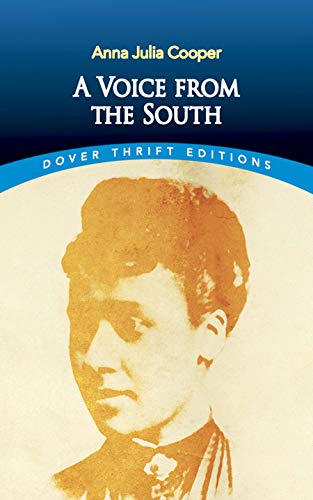 In it she challenges us to “honestly and appreciatively [portray] both the Negro as he is, and the white man, occasionally, as seen from the Negro’s standpoint” (Source).

Even as she worked to develop the vision of a Pan African future, Anna Cooper continued teaching at M Street High School until 1930. She also taught at Frelinghuysen University, holding the office of the president from 1930 to 1941. Over the decades various magazines and newspapers published several of her commentaries on the state of the race.

Cooper lived to be 105 years old, residing in Washington D.C. until her death on February 27, 1964. Memorial services were held in Raleigh, North Carolina where she is buried next to her beloved Husband.

While many books were written about Anna Cooper, the following remain the most impactful.

Slavery and the French and Haitian Revolutionists 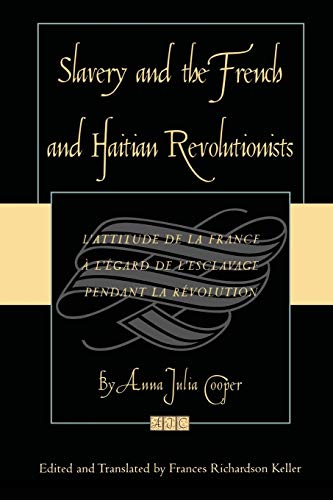 The Voice of Anna Julia Cooper: Including a Voice from the South and Other Important Essays 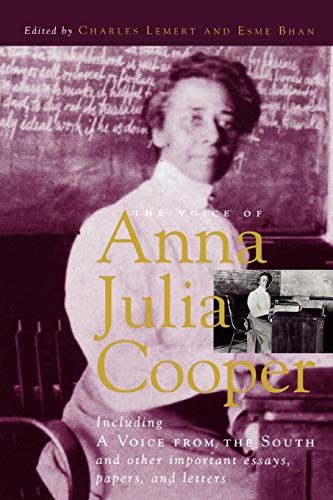 17 Reviews
The Voice of Anna Julia Cooper: Including A Voice From the South and Other Important Essays, Papers, and Letters (Legacies of Social Thought Series)
$45.00 −$11.38 $33.62
Add To Cart

From Slavery to the Sorbonne and Beyond: The Life and Writings of Anna J. Cooper (Rare) 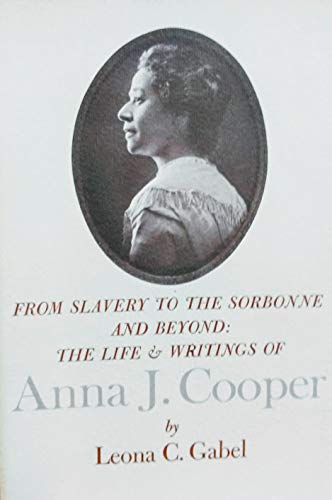 1 Reviews
From Slavery to the Sorbonne and Beyond: The Life and Writings of Anna J. Cooper (Smith College Studies in History, Vol. 49)
Add To Cart 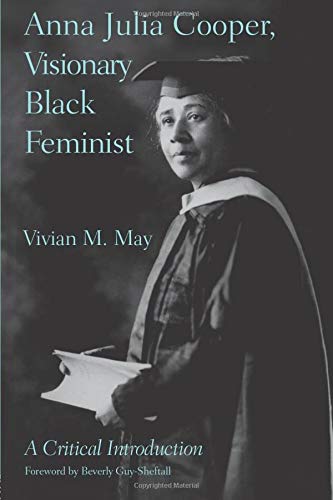 How We Should Honor The Legacy Dr Anna Cooper

Anna Cooper lived a long and accomplished life of 105 earthly years, but her living legacy survives through her contributions to Pan Africanism, her leadership by example, and the many lives that she influenced. Her work formed the foundations of true Black Feminism and continues to help us refine our understanding of what it means to be a Pan-African. For these and many other contributions, we salute Dr. Anna Cooper as the Queen Mother of Pan Africanism.

The world has forgotten Dr. Anna Cooper, but you can help us honor her legacy that by sharing this article on Facebook, Twitter, and on Black platforms like Blaggenuf and Blackshare.