The Greatest Story Never Told: Ausar, Aset, and the Battle For Kemet

The story of Ausar is one of the most important stories in Black Consciousness. As new members of the community begin to study African spirituality, we always begin with the fable of the Ausarian Drama.

Much of the story below was taken from The Pert Em Heru – or Book of Coming Into The Light. If you have never read this valuable scroll, you can add it to your library using the link below. 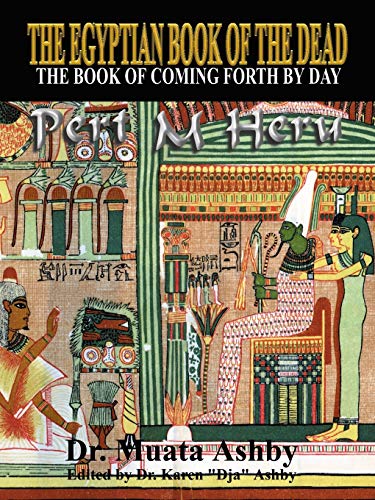 This story is important for Black men and women because it clearly demonstrates the African origins of Christianity. More importantly, this story promotes the virtues of order, temperance, and justice over jealousy, envy and hatred.

Ausar (Osiris) is not only a merciful judge of the dead in the afterlife. He is also the lord of life who yielded vegetation and the fertilizing floods of the Nile River.

That last point is important, because Ausar does not represent death alone. He represents life and the rebirth that comes as a natural revolution of the process of death.

Ausar is described as the “Lord of love”, “He Who is Permanently Benign and Youthful”  and the “Lord of Silence”.  The Suten (Kings) of Egypt were associated with Osiris in death — as Osiris rose from the dead they would, in union with him, inherit eternal life.

Osiris was widely worshiped as Lord of the Dead until the the Christian era, when old Kemet traditions were destroyed.

The Story of Ausar, Aset and Heru

The story of Ausar begins in Kush, an ancient kingdom to the south of Kemet (Egypt) in what is presently called Sudan. Ausar was an early leader of Kush, and genius who developed the written word (called medu neter, or the language of the gods), agriculture, and theology.

Armed with knowledge that had the power to civilize mankind, Ausar left Kush to spread his teachings along the Nile Valley and around the world.

On his travels, he met a beautiful Nubian woman named Auset (Isis), whom he married shortly thereafter. Isis then served as his co-regent (not his subordinate, an important indicator of the position of women in Kemet).

Auset remained in her homeland while her husband continued in his travels as a missionary.

Ausar gained fame and admiration throughout Kemet as a unifier, a man of order and virtue, and an exemplary scholar. This fame provoked the envy and hatred of his brother, Set (Seti).

As Ausar traveled across Kemet unifying the wild and scattered tribes into the worlds first nation state, his brother followed behind him in an attempt to undo his brothers accomplishments.

Set stirred up animosity among those who had come under Ausar’s rule. “Who is he that you should listen to Ausar?” Set would proclaim.  “Let each man do as he pleases!”

Lawlessness exploded across the region, and the order that Ausar brought to Kemet began to deteriorate. But Set was not satisfied with the chaos that he wrought – he wanted his brother dead.

Set followed behind Ausar, caught up to him, and murdered him while he slept. He dismembered Ausars body into 14 pieces and spread them across Kemet so that they couldn’t be found.

When Auset learned of the murder of her husband, she fled into hiding and then went searching for the missing parts of her husbands body. She found every piece, except for Ausars penis. It had been cast into the Nile and eaten by a crocodile.

She cleaned each piece of her husband’s body, anointed it with oil, and wrapped him in linens. She grieved over her beloved, not only because he was murdered but because they hadn’t consummated their marriage – Auset was still a virgin.

The spirit of Ausar heard her cries and visited her in the night. Nine months later, Auset gave birth to Heru. It was the first “immaculate conception” recorded in any spiritual system.

The Destiny Of Heru

Heru, endowed with the spirit of his father, was given the mission of defeating his wicked uncle Set and restoring order to his father’s kingdom on Earth as the rightful heir to a unified Kemet.

Heru grew up in hiding to prevent Set from discovering that Ausar had an anointed son, but all the while preached of his fathers kingdom and preparing his disciples for the day of battle. The battle between the forces of Set, in the North, against the forces of Heru, in the South, was apocalyptic.

In the end, it was Horus and his righteous armies that was victorious.

Once the battle was over, instead of killing his uncle Set Heru bound him in chains and cast him into an abyss. At the moment of his victory, Heru was transformed into a falcon and was called up into heaven to stand before his father and give testament.

Ausar was well pleased, blessed him, and sent him back down to Earth to rule as the legitimate Pharaoh of a unified Kemet. Once Heru assumed his throne on Earth, Ausar was also able to be at rest and assumed his throne as the Lord of the Underworld.

To commemorate the victory of Heru, every temple and royal house carved a winged sun – the heru bedet – above its entrance. The heru bedet served as a reminder of the virtues of order and a warning against the dangers of intemperance and jealousy.