Robert Nesta (Bob) Marley has been one of the worlds most celebrated cultural icons. Despite the popularity of his music, many people are unfamiliar with the story of the man behind the music and the movement. In this article – based on first hand accounts from the men and women who knew Marley best – you will learn the real story behind the Marley myth.

Volumes have been written about the man and his music, and I encourage you to continue learn about one of the most important icons of music history.

The man we know as Bob Marley was born on February 6, 1945 to a 16 year old African-Jamaican girl named Cedella Booker. She became pregnant at the age of 17, giving birth to Nesta (originally, Bob’s first name was Nesta, but a Jamaican passport would later accidentally swap his first and middle name. Nesta adopted the mistake, and would forevermore be known as Bob.)

Bob’s father, a 60-year old forest ranger from England named Captain Norval Marley. The relationship between the two was non-existent, although Norval provided Cedella and Bob with financial support until his death at age 70. Without the support of Norval, the family was plunged into poverty. They moved from Bob’s birthplace of St. Ann to the notorious Trenchtown.

As a child, Bob Marley suffered from bigotry at the hands of his peers – being lighter than all the other children, and possessing European features. Although he was tortured and socially outcasted, his soul was satisfied by the creation of his music, which no doubt became a coping strategy.

Its important to note that Bob identified himself as a Black African, even though he would reflect on his mixed race identity with the quote “Them call me half-caste or whatever. Me don’t deh pon nobody’s side. Me don’t deh pon the Black man’s side nor the white man’s side. Me deh pon God’s side, the one who create me and cause me to come from Black and white.”

In Trenchtown, Bob was exposed to the real streets – abject poverty, low pay, malnutrition and disease and a lack of political rights by the poor, houses which were anything from cardboard boxes to beaten out oil drums nailed together, and food shortage. But it was these things that made Trenchtown fertile grounds for the birth of a new and revolutionary style of music; ska and reggae.

This move to Trench Town would later provide the catalyst for him to hone his talents and form one of the greatest reggae acts of all time, the Wailing Wailers.

Its no secret the Bob Marley was a devoted Rastafari.

While it is true that Bob Marley and his group, The Wailers, invented the reggae sound, it is not true – contrary to popular belief – that Bob Marley helped to create the Rastafari spiritual system. In reality, the Rastafari movement began as early as 1924 with the publishing of the Black Man’s Bible, the Holy Piby – a controversial book compiled by Robert Athlyi Rogers. Barbadian minister Charles F. Goodridge and Grace Jenkins Garrison brought the Holy Piby to Jamaica in 1925, effectively sparking the Rasta movement. 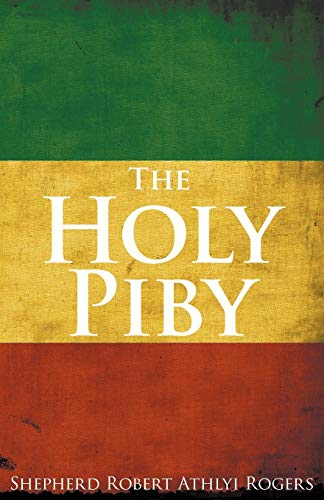 The Piby’s Afro-centric teachings were developed to offer an alternative to the the distortions allegedly made by white leaders when the bible was translated into English, and includes references to Marcus Garvey as a prophet of God, and Emperor Haile Selassie as God himself.

Bob’s music was rich with Rasta references, and one of the primary themes in Bob Marley’s message was the return of the world’s Black people to Zion, which in his view was Africa. In songs like “Africa Unite”, “War”, and “Zimbabwe”, his expressions of Pan-African concepts are both deliberate and unapologetic.

And in this interview, Marley spoke of the importance of Africa in his worldview:

” Too many people going on like England and America are in the world. But there is a better life in Africa…Black People are so stubborn. They stay here because white people give them a big hotel and a floor to vacuum.”

To Marley, Africa was not only a dream; it symbolized a place where the Black man and woman could live in dignity and prosperity.

Bob Marley was both politically aware and active. Throughout his career, he hosted benefit concerts, political awareness rallies, and used the power of his music to bring rival factions together.

His participation in political movements made him a target. According to sources, ” In late November of 1976, a death squad slipped beneath the gates of Marley’s home on Hope Road in Kingston. As biographer Timothy White tells it, at about 9 PM, “the torpor of the quiet tropical night was interrupted by a queer noise that was not quite like a firecracker.” Marley was in the kitchen at the rear of the house eating a grapefruit when he heard the bursts of automatic gunfire.

Don Taylor, Marley’s manager, had been talking to the musician when the bullets ripped through the back of his legs. The men were “peppering the house with a barrage of rifle and pistol fire, shattering windows and splintering plaster and woodwork on the first floor.”

Rita Marley, trying to escape with her children and a reporter from the Jamaica Daily News, was shot by one of the men in the front yard. The bullet caught her in the head, lifting her off her feet as it burrowed between scalp and skull.

Meanwhile, a man with an automatic rifle had burst through the back door off the pantry, pushing past a fleeing Seeco Patterson, the Wailers’ percussionist, to aim beyond Don Taylor at Bob Marley. The gunman got off eight shots. One bullet struck a counter, another buried itself in the ceiling, and five tore into Taylor. He fell but remained conscious, with four bullets in his legs and one buried at the base of his spine. The last shot creased Marley’s breast below his heart and drilled deep into his arm.

The survival of the reggae singer and his entire entourage appeared to be the work of Rasta. “The firepower these guys apparently brought with them was immense,” Wailers publicist Jeff Walker recalls. “There were bullet holes everywhere. In the kitchen, the bathroom, the living room, floors, ceilings, doorways and outside.”

After the shooting Bob was forced to confront his mortality. He went into a frenzy of productivity, slept 4 hours a day while writing music, and would record early in the morning so that his voice would be gravel. Many times, Bob only “discovered” a song’s lyrics after working through its melody and later allowing the words to come to him.

This is one of the central questions surrounding the life of Bob Marley. Official accounts report that Bob was killed by malignant cancer that covered his brain, lungs, and other organs. This cancer was the result of a soccer cleat piercing his foot during a game in Brazil, but its hard to see how cancer could be introduced to the body in such a way.

Thats where the conspiracy theories come in.

There are rumors that Bob Marley was murdered by the CIA with the help of his physician, Dr. Issels, who has been reported to be a former Nazi.

Those who believe that Bob Marley was assassinated believe a CIA agent provided Bob with a pair of boots as a gift. These boots had radioactive wires hidden in their soles, which caused cancerous radiation poisoning.

As time went by, more and more conspiracy theories arose, but those closest to Bob confirm that his ultimate demise came from cancerous melanoma. 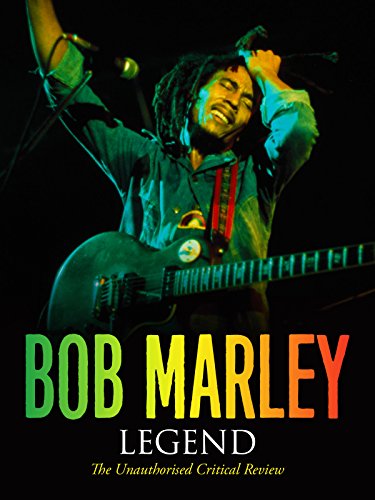 From his very humble beginnings in the alleys of Trenchtown as a social outcast, Bob Marley has risen to a universally recognized cultural icon. From Thailand and the Ukraine to Argentina and Alabama, there is no corner of the Earth that hasnt been touched by his music and influence.

She was part of the Grammy award-winning group Ziggy Marley and the Melody Makers and is currently the CEO of Tuff Gong International.

Robbie Marley, born May 16, 1972, was Bob’s first of many children not mothered by Rita. Rohan Marley, born May 19, 1972 to Janet Hunt. Rohan is rumored to be married to Hip Hop icon Lauryn Hill, with whom he has five children.

Rohan is a natural born entrepreneur, and is the owner of both the Tuff Gong Clothing line and Marley Coffee – organic stuff straight from Jamaica, grown on the Marley family farm. Proceeds from the sale of the coffee go directly to the Marley Coffee Foundation, which helps youth soccer programs in rural coffee growing regions of Jamaica. 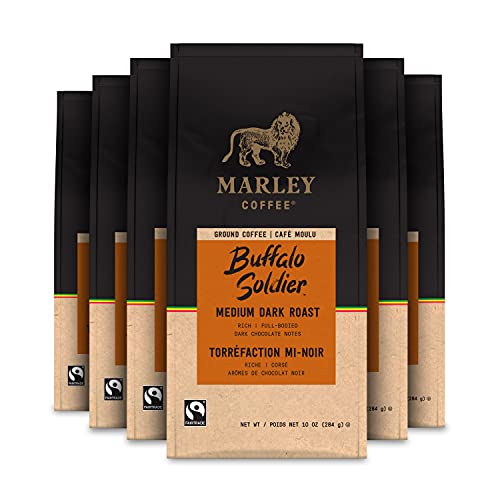 Karen Marley was born in England in 1973 to Janet Bowen.

Julian Marley was also born in England on June 4, 1975 to Lucy Pounder. He is a singer, songwriter and producer with three albums under his belt.

Ky-Mani Marley, born on February 26, 1976 to Anita Belnavis, is an actor and a musician, well known for his role in the film Shottas.

Damian Marley was born on July 21, to the 1976 Miss World Cindy Breakspeare. Damian, who is one of the most successful dance-hall artists of all time with three Grammy Awards, is nicknamed “Jr. Gong” after his father.

Today, more than 30 years after his death, his estate is worth an incredible $1 billion. His album, Exodus, was chosen by Time Magazine as the greatest album of the 20th Century. 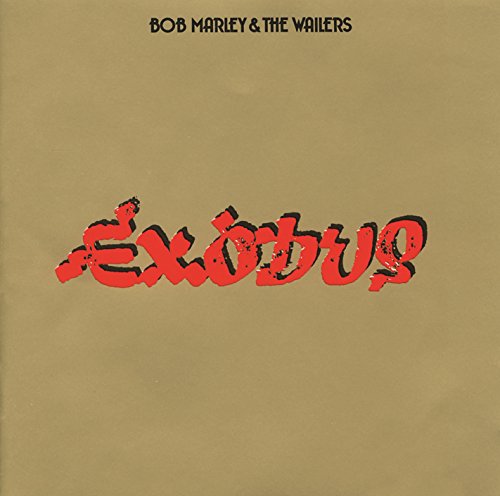 Statues have been raised in his honor, and churches, streets, and centers around the world have been named after him.

Australia burns a sacred flame in state parks to honor him, and adherents to the Rastafari faith believe he is the third aspect of the Holy Trinity, after his spirit joined those of Haile Sellasie and Marcus Garvey.

More From: For The Culture