Recently, one of the Members of the Pan African Alliance made the following comment: 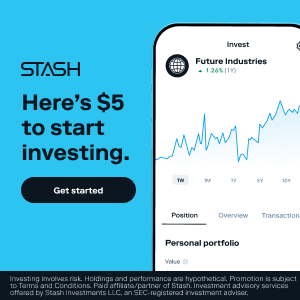 …We must study the movements from the past that found success among our people such as the Marcus Gravy UNIA, the Nation of Islam, and the Black Panthers. We must build institutions that will stand long after their founders are dead and gone. Institutions like wealth are multigenerational, and this is a concept we, as Blacks have missed. Blacks in America have a combined annual income approaching one trillion dollars and we own nothing…

His comment forced me to go back and look at how Marcus Garvey’s Universal Negro Improvement Association sustained itself economically, and what his philosophy was when it came to black men and women doing for themselves.

The business lessons that we can learn from Garvey, the Father of the Black Nationalist movement would serve us well, especially in today’s global crisis prone economy.

“Why should not Africa give to the world its Black Rockefeller, Rothschild and Henry Ford? Now is the opportunity. Now is the chance for every Negro to make every effort toward a commercial, industrial standard that will make us comparable with the successful business men of other races.” – Marcus Garvey

Horizontal Integration is the expansion of a firm within an industry in which it is already active for the purpose of increasing its share of the market for a particular product or service. In our example above, you would use your profits to buy out competing chicken farms, seed producers, other pieces of real estate, etc -think monopoly on a macroeconomic scale.

McDonald’s, Coca-Cola, and De Beers have all executed successful horizontal and vertical integrations.

In effect, Vertical and Horizontal Integration is what Marcus Garvey attempted to do with The Black Star Line, three seaworthy steamships that were purchased to move raw material from one Black Nation to the next. Bananas and Coffee from Central America could be taken to Africa using those three steamships. Mineral wealth from Africa could be brought back to the U.S., and finished goods could then be sent to the Caribbean.

To source raw material for industrial and manufacturing activities, Garvey began the process of acquiring land in Liberia and building infrastructure to establish a colony.

However, Marcus Garvey’s plans were ultimately ruined by white colonial powers that brought pressure on the Liberian government. Liberia reversed its decision to support Garvey, and instead turned the land over to the white American industrialist Harvey Firestone (of the present day Firestone Corporation).

All the expensive equipment shipped to Liberia for the use of Garvey’s colonists was seized. If not for sabotage on the part of the United States, the Black Star Line and Liberia industrial colonies would have laid the foundation for a Pan-African economic empire that would still serve us today.

The finished goods that would be produced with Black hands and sold in Black communities and countries around the world we to be managed by The Negro Factories Corporation, a cornerstone entity for U.N.I.A.

Within two months of its establishment in March of 1920, the corporation had created:

Plans were also made for a string of national black-owned factories, retailers, and other businesses that would eventually be profitable enough to power and sustain a global all-Black economy.

Cultivate Entrepreneurs From Within Your Ranks

The Black Star Line shipping company and the Negro Factories Corporation were to be the money behind Garvey’s movement, but Black men and women were encouraged to start their own enterprises, with or without the help of the U.N.I.A.

The U.N.I.A. however, would still serve as a key link between individual buyers and producers. Raw material was offered to independent resellers so that they could profit on their own.

The Negro World Newspaper – the voice of the U.N.I.A. – was offered at wholesale rates to individuals and was resold all over the world, from Kenya to Kansas and provided millions of Black men and women with streams of income.

At its peak, the publication had a circulation of two hundred thousand and was the most popular black newspaper in the United States. It ultimately became so prolific that it was banned by many white controlled countries.

In terms of physical retail operations, U.N.I.A steam laundries, millineries, retail shops, restaurants, and hat factories employed hundreds in Harlem at a time when most Blacks were excluded from anything close to economic freedom.

…the Colon, Panama branch of the U.N.I.A. ran a cooperative bakery, while the Kingston, Jamaica branch ran a laundry and a cooperative bank, the shares of which were available to U.N.I.A. members only. Garvey’s vision for economic self-reliance extended beyond the Negro Factories Corporation. U.N.I.A. branches often acted as mutual aid societies, providing death benefits, small loans, and employment assistance to members…. – American Experience

Leverage The Power Of Venture Capitalism

Venture Capitalism, or the funding of startup enterprises, was a key component of Marcus Garvey’s economic empowerment strategy. 100% of all of the money used for U.N.I.A projects came from individual Black men and women who bought stocks from the organization, or who made donations.

The U.N.I.A. would then use that money to buy profit yielding assets (printing presses, buildings, steamships) that would put money right back into investors pockets. With this socially responsible approach to raising money, investing, and creating value, the U.N.I.A was able to fund and fuel their worldwide empire.

If we want to recreate Garvey’s success today, we must control our economy – vertically and horizontally. Not only will this insulate us from the chaos of today’s market, it will also set us free from the chains of economic slavery that all Blacks in all Black Nations face.

Don’t be content with owning a restaurant; set your sights on the next link up in your supply chain – buy the chicken farm, the feed store, the land, the trucks, the whole damn chain.

We must invest in our own economy. It has been said that Black men and women can only become economically successful by fully integrating themselves into mainstream capitalism. I disagree.

Member dues have funded local Pan-African Alliance projects and profit yielding web ventures. The money came from Black hands, the products and services went to Black consumers, and the profits all went back into Black hands. Don’t tell us it can’t be done – we’re doing it!

Organize other Black men and women. Build companies and institutions to give other Black people the chance to make money with you. Organizations, even if they are only two people deep, carry more credibility than a sole proprietor, and are easier to manage.

Here are the Marcus Garvey books that we referenced to create this article. If you are a student of Black History, Black Consciousness, and success, these scrolls are required reading. Some are 100% FREE, so there is no excuse not to add them to your collection! 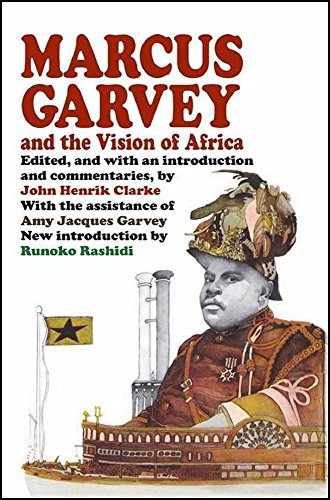 Pin
MARCUS GARVEY AND THE VISION OF AFRICA
$9.99
Free With Kindle Trial

Let us learn from Marcus Garvey’s business lessons and organize for the sake of our COLLECTIVE economic well-being!

How to Prepare For A Global Economic Downturn

Build Black Wealth With These 5 Lessons On Financial Sovereignty

The Ultimate Guide To Starting An African American Investment Club