Why You Should Remember The Charles Deslondes Slave Rebellion

by Asad
in Black History, The 5 Elements of Life, The Academic Element
0

Charles Deslondes. A name that was almost lost to Black history.

But of all the figures in Black history, his name alone was responsible for the largest slave action in American history prior to the Civil War.

The successes and sacrifices of Charles Deslondes would go on to influence the revolts and rebellions of men like Telemaque (Denmark Vesey), Nat Turner, and John Brown’s raid on Harper’s Ferry.

His story is told in the American Uprising audiobook 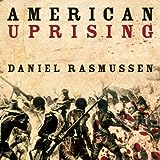 American Uprising: The Untold Story of America's Largest Slave Revolt
Get this Audiobook plus a second, free with audible trial
$19.95 −$2.49 $17.46
Audible Details Free With Audible Trial

For his valor, leadership, and martyrdom, the name of Charles Deslondes should live on among those of our other well-known heroes.

The Difference Between Rebellions, Revolts, and Insurrections

Charles Deslondes inspired and led one of many slave campaigns of resistance. Before the Civil War, there were no less than 250 slave actions in the Americas that fell into the categories of slave rebellions, revolts, and insurrections.

Before we continue, its important for you to understand the difference between a rebellion, a revolt, and an insurrection.

For example, history would be wrong to look back on our time and call Occupy Wall Street a revolt, but would correctly classify it as a protest. Likewise, the Civil Rights movement as led by men like Martin Luther King JR would be more correctly called a peaceful rebellion against Jim Crow, where the definition of a rebellion is the action or process of resisting authority, control, or convention.

Here is how the three are different:

A rebellion is any plan developed to overthrow a system and establish a new state in place of the old regime. Rebellions are revolutionary acts whereby members of rebellions become insurgents within the borders of the country they rebel against.

In terms of slave actions, a rebellion is meant to dispose of a white government and replace it with a Black one.

A revolt  is any attempt to put an end to the authority of a person or body.  In his book, American Negro Slave Revolts, Herbert Aptheker describes a revolt as being “…of less size than a rebellion, and magnitude of action is the difference between a rebellion and a revolt.”

He further defines a slave revolt as “a minimum of ten slaves involved; freedom is the apparent aim of the disaffected slaves…”

Revolts are usually unsystematic or vandalistic, where the objective is merely to destroy the slaveholder and his immediate property. The action had no end other than destruction, and no long-range plan for further action. See: Nat Turner‘s revolt

An insurrection is a violent uprising against an authority or government.

An Insurrection is different from a rebellion in that it is less extensive and its political and military organization is less developed.

The term insurrection would be appropriate for a movement directed against the enforcement of particular laws while the word rebellion denotes an attempt to overthrow the government itself.

The Rise of Charles Deslondes

As a child, Charles Deslondes heard whispers of the French Revolution, and concepts that were strange to the ears of slaves: liberty, equality, and brotherhood.

Deslondes, a mixed-race mulatto, was afforded privileges above other slaves, and rose to become a “slave driver” on the plantation of a Col. Manuel André, who had a total of 86 slaves.

Slave drivers held a privileged position: they were given fine clothes and shoes, travelling passes, nice cabins, and ate the same food their masters ate. They were classic house negroes with one difference – they were charged with disciplining, driving, and hunting down other Black slaves.

Slave drivers were treated more like employees and consultants than slaves, and so Deslondes had it good.

Deslondes was feared by slaves and trusted by white plantation owners. But as news of the success of the Haitian Revolution spread, and a consciousness grew in Deslondes, he realized the institution of slavery – and his role in that system – must come to an end.

Deslondes became a sleeper cell; he used his position of privilege to prepare for what would become the largest slave rebellion in U.S. history.

Although he occupied a position as one of the most hated figures on the plantation, he influenced them to join his ranks and take up arms against their master.

This was not a random act of violence. Charles Deslondes and his conspirators had planned the attack with perfect timing because:

Without artillery and regular troops, New Orleans was practically defenseless.

The liberated slaves gathered up horses and raided  mansions, taking guns, knives, and militia uniforms that had been stockpiled.

Charles organized the slaves into units, and marched from plantation to plantation gathering strength in numbers from slaves ready to strike blows for their freedom.

The rag-tag group of slaves, formerly armed with farm tools, were now an organized, uniformed, military force with a very specific purpose: to conquer New Orleans and establish a Black Republic.

Records are unspecific, but as many as 500 slaves marched in in cadence and came within 15 miles of conquering New Orleans.

An excerpt from the book, American Uprising: The Untold Story of America’s Largest Slave Revolt

by Daniel Rasmussen captured the spirit of that night:

“Amid the rainstorm, Charles shouted orders to his fellow slaves. They assembled in the clover field in front of Andry’s plantation, falling into line behind Charles, who was now mounted on horseback. They were familiar with military discipline: their work on Andry’s sugar plantation had taught them to follow orders with alacrity. But now they were motivated not by fear of the lash, but by the hope of freedom. They were forty-one miles from the gates of New Orleans, which they hoped to conquer in two days’ time. Asked later why he had left the Andry plantation that night, the rebel Jupiter replied he wanted to go to the city to kill whites.”

Charles and his men began to march. Charles shouted, “On to New Orleans!” and the newly formed rebel army shouted it right back.

The revolt had begun.

As Charles and his entourage marched on New Orleans, they BOOSTED their numbers with slaves from other plantations. On the two-day, twenty mile march to New Orleans, as many as 500 slaves joined their ranks.

The slaves had come from all over the world; the Congo, Cuba, Kentucky, the Asante kingdom, and Senegambia.

Many of these men had been warriors in African civil wars with extensive combat experience.

Unfortunately, many more slaves betrayed the uprising by either voluntarily alerting their masters, or negotiating their individual freedom in exchange for intelligence.

Plantation owners rode to New Orleans to alert forces there, while assembling a militia and preparing their defenses.Upon hearing of the coming Black army,  William C.C. Claiborne (Governor of the Louisiana Territory) locked the city down and  gathered two companies of volunteer militia and thirty regular troops under Commodore John Shaw.

Many feared a repeat of what happened in Haiti, when white troops came against the military mastermind of Toussaint Loverture.

Knowing that he couldn’t possibly take the city, Charles Deslondes employed a classic strategy from Sun Tzu’s Art of War: Hold out baits to entice the enemy.

Charles army reversed their advance on the city within eyesight of white forces to a nearby plantation. The bait worked, and drew them out of the city.

The force rode on the plantation with blood lust, only to find the property abandoned. Like ghosts, the force disappeared and reappeared behind the American force, still headed for New Orleans!

William C. C. Claiborne realized he was dealing with a force to be reckoned with, and called for the help of General Wade Hampton I, a local plantation owner and militia leader. A second brigade from Baton Rouge, under the command of Major Homer Virgil Milton, was also activated to fight the slaves.

On January 11, the slave army of Charles Deslondes and the militia crossed swords. The slaves fought valiantly and with discipline, holding their own for two days before being outgunned.

At the end of the battle, sixty-six insurgents were killed and the leaders of the uprising were arrested to stand trial before a military tribunal. According to U.S. History Scene,

”Beginning on 13 January 1811, a two-day tribunal was held at the Destrehan Plantation under the jurisdiction of St. Charles Parish judge Pierre Bauchet St. Martin to determine what should be done with the remaining slaves. As the slave rebels were not equipped with firearms, the militia had killed at least sixty of them, and wounded many more. The tribunal sentenced sixteen of the rebellion leaders for execution. The tribunal also decapitated them and displayed their heads along the river.”

Most of the other insurgents were killed as well, and their body parts were hung outside the gates of the city. New Orleans plantation owners became substantially more brutal, and killed any slave suspected of disloyalty with brutality and swiftness.

The Death and Legacy of Charles Deslondes

His hands were chopped off while he was still alive, but cauterized to keep him alive.  He was tortured for the better part of a day, shot in both legs, and then burned alive in January 15th.

His body was cut up and displayed inside of the city as a lesson to all those who would follow his example.

The revolt took the entire military might of the Orleans Territory to suppress and was the greatest threat to American sovereignty in the history of slave actions.

The legacy of Charles Deslondes is one of personal sacrifice in the name of higher ideals.

Charles Deslondes had it good. He was a house negro. His was a life of comfort and privilege. He gave it all up in the name of freedom for his people. He was willing to take on an entire empire to establish a nation for himself and those who would join him.

We do not remember the names of those who fought against Charles Deslondes.

We do not remember the names of the men who prosecuted him or tortured him.

But we remember his name. And because of that, the legacy of Charles Deslondes will live forever.

Which African Ancestry DNA Testing Kit Is Right For You?

Which African Ancestry DNA Testing Kit Is Right For You?