The term “Black Consciousness” is one that is prevalent among men and women that travel in Afrocentric circles.

The Definition of Black Consciousness

The term “Black Consciousness” was first used by the legendary Pan-African and anti-apartheid leader Stephen Biko in 1971.

Biko, inspired by the ideas of Du Bois, Marcus Garvey, Frantz Fanon, Amilcar Cabral, and the Black Panther Party, outlined plans for a new ideology that gave birth to the Black Consciousness Movement.

In the words of Biko “[Black Consciousness] seeks to demonstrate the lie that Black is an aberration from the ‘normal’ which is white. We have defined Blacks as those who are by law or tradition politically, economically and socially discriminated against as a group in society and identifying themselves as a unit in the struggle towards the realization of their aspirations.”

The Migration of the Black Conscious Community

It is no surprise that South Africa’s anti-Black establishment wasn’t feeling Biko’s message, and wanted the movement brought to a halt before it spread amongst the ignorant and unconscious masses.

Between 1973 and 1974, 90 SASO activists were either banned from the country or arrested without trial. Most were tortured, and Biko himself was killed while in police custody after being held without due process of law for 164 days.

But instead of crushing Biko’s movement, several smaller movements that carried Black Conscious principles sprang up.

The Importance of Black Consciousness Today

Today, more Black Men and Women are re-learning what was forgotten about our race, our history, and our belief systems prior to the intervention of alien races.

Biko saw the struggle to restore African consciousness as having two stages:

Biko believed that before there can be a United Black anything, Blacks must first be psychologically liberated, and only then could we be physically liberated.

Specifically, there are two forms of psychological bondage that that Blacks specifically face:

Psychological Misorientation prevents psychological liberation, and describes the whitewashing of the Black mind.

Specifically, psychological misorientation is a mental condition in which any African proceeds from or negotiates the environment with a conceptual base in which African-centered psychological and behavioral elements are not the operative ones.

Examples of psychological mis-orientation include adopting any religion not of African origin, preferring sexual partners, cultures, and/or philosophies of races other than the African race, and accepting the philosophical stances of alien races over that of one’s own African race.

Mentacide is a process that depletes the African mind of its self awareness and leads to mis-orientation by alienating the African from his or her correct orientation. 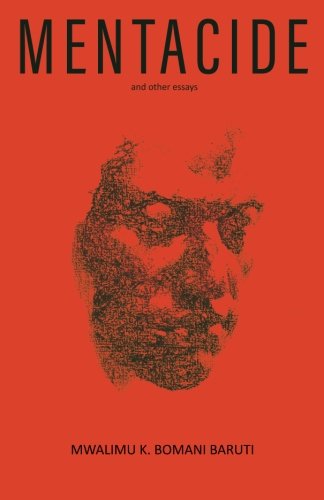 The process was broken down later by Dr. Baruti in his book Mentacide. He also breaks down the concept in the video below.

Examples of Mentacide include a “whitewashing” of the history taught to students and adults of African origin, the suppression or alteration of Black culture in favor of the culture of other races, or the negative portrayal of the Black race so as to propagate those negative characteristics (i.e. telling blacks they are inferior, hyper-sexualized, or of lower intelligence than other races in hopes that they will believe and spread the idea).

Black Consciousness is a way to correct both psychological mis-orientation and Mentacide.

By coming to sites like this one, joining movements that promote knowledge of self and learning Black history based on primary research, you are living the ideals of Black Consciousness.

And waking up to the truth of your blood inheritance.

Together, we can re-awaken the sleeping giant that is our race!

Pin
Biko: The powerful biography of Steve Biko and the...
(49)
$4.99
Read for Free with Kindle Unlimited