Before there was a Malcolm X, Kwame Nkrumah, Marcus Garvey, or a Steve Biko, there was Edward Wilmot Blyden – one of the Fathers of Pan Africanism.

At least a century prior to the aforementioned names, Dr. Edward W. Blyden of St. Thomas and Liberia devoted his life to challenging the West’s racist, ahistorical image of Blacks.

Blyden is the reason we call ourselves Pan-Africans. He is arguably the reason for the expansion of Islam across the African Diaspora. And it is thanks to his work that the bond of unity among English-speaking West Africans and the Diaspora exists today.

As a student of Black history, it is critical for you to both know and understand how his contributions have led us to where we are today.

Who Was Edward Wilmot Blyden

Edward Wilmot Blyden was born in 1832 in the territories now known as the Virgin Islands. Like most Black men of his day, Blyden’s parents were slaves and descendants of Nigeria’s Ancient Nri Kingdom.

But unlike most members of the slave class, young Blyden demonstrated exceptional intelligence.

Many of us who come into Pan-Africanism do so because we come to a gradual realization that we were born into a system that was not organized for our benefit.

The same could be said of Edward Blyden. When Blyden arrived in the United States to attempt to enroll in Rutgers Theological College, he was denied admission based on race – an event that would change Blyden’ s life forever.

Rather than dealing with 1850s white supremacy, Blyden joined thousands of other Black Americans in a mass exodus from the United States.

While he would travel to America eight times representing Liberia in the future, Blyden would never live in the Americas again.

Living The Dream In Liberia

Free from American racism, Blyden made the newly established Republic of Liberia his home. Back then, Liberia was one of only two Sub-Saharan African nations that had never been colonized. In fact, the nation was established specifically to relocate newly freed Africans in America.

At the ripe old age of 30, Blyden was appointed professor of classics at the newly opened Liberia College, a position he would hold for more than 20 years. Although Blyden was self-taught after high school, he became ‘an able linguist, classicist, theologian, historian, and sociologist.’

From 1871 until 1873, Blyden spent an increasing amount of time in neighboring Sierra Leone as the editor of the world’s first Pan-African magazine titled Negro. This first foray into journalism inspired further writings of genius.

Blyden would call Liberia his home for the next 30 years, and there he would become a successful Presbyterian minister, a newspaper editor, a renowned professor of classics, Ambassador to Great Britain, Minister of the Interior, Secretary of State, and a Presidential candidate in 1885.

Although Blyden had been raised in the white Christian Presbyterian church, by 1886 he had completely renounced Christianity and had converted to Islam. The following year, he published his treatise, Christianity, Islam and the Negro Race. 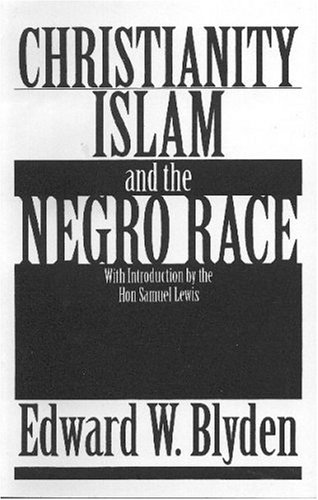 Christianity, Islam and the Negro Race
$18.95
Add To Cart

In it, Blyden offered a wealth of thought on the reasons Islam was more suited to the needs of Black folk than Christianity. The book was immediately hailed as a masterful achievement, and is still in print and circulation today.

According to Blyden, Christianity demoralized Blacks, whereas Islam was ‘a unifying and elevating influence’.

By then, Blyden had left his home in Liberia to spread his message to the neighboring country of Sierra Leone, holding debates among the indigenous communities that were at risk of being “whitewashed” . He warned them that they had been “de-Africanised “, and to always remember that “you are Africans”. In Liberia, Blyden had taken on the mantle of state work, but in Sierra Leone, he was free to become the activist that he would become known as.

There were three points that Blyden believed could lead to the redemption of African people worldwide:

When Pan-Africans seek to change the language they speak, abandon western style religions like Christianity, and adopt African styles of dress, they seek autonomy from white culture.

Blyden taught that white culture had been so thoroughly rooted in racism and economic exploitation that it no longer served any group but the Europeans.

Instead of assimilation, he advocated a return to indigenous values and repatriation back to Africa for members of the diaspora.

2. The establishment of a major, single, modern African state, which would protect and promote the interests of peoples of African descent everywhere.

When Martin Delany – the Grand-Father of Pan-Africanism – devised a plan for an African empire throughout the Caribbean, Central and South America, Blyden replied that it was only in Africa that Africans could establish an “empire.”

With this point, Blyden became one of the first Black scholars to suggest a Pan-African State. It was here that the idea of Pan-Africanism began to earn legitimate scholarly consideration.

This is why we call Edward Wilmot Blyden the Father of Pan-Africanism.

3. The complete adoption of the African personality, including the Islamic faith, in place of Eurocentric mimicry.

Blyden believed that there was an African personality” and believed that the only way for the African race to gain respect was for its members to establish partially Westernized new nation-states in Africa.

As an educator, he was profoundly committed to the development of what he termed “the African personality” and politically espoused repatriation of Disasporan Africans.

He was vitally concerned with the development of an indigenous intelligentsia, capable of leading through service to the race. He stressed as an aim, not information, but formation of the mind:

“Mere knowledge of itself is not power — but the ability to know how to use that knowledge — and this ability belongs only to the mind that is disciplined, trained, formed”. – Blyden

Such was his dedication to Islam, African culture, and Pan-African thought, that in 1901, Sierra Leone awarded him with the position of Director of Muslim Education – a billet that he would hold for 5 years. With his position came the responsibility of teaching English to Muslim youths, bridging the divide between Muslims and Christians in Africa, and establishing a harmonious co-existence.

The Legacy of Edward Wilmot Blyden

Of all his accomplishments, the overarching nature of Blyden’s work was grappling with the legacy of slavery: the lingering myth perpetuated by Europeans that presumed the inferiority of African people. In the process, Blyden became “the most outstanding Black intellectual and litterateur of the nineteenth century”

The works of Blyden had a deep, long-lasting impact on one of the greatest Trini journalists to ever live, George Padmore. Padmore, along with men like Kenya’s Jomo Kenyatta, Ghana’s Kwame Nkrumah and South Africa’s Peter Abrahams who would inspire generations of African freedom fighters to come.

Today, Blyden’s name is all but forgotten, but every Pan-African and organization – including this one – owes a debt of honor and gratitude to our Ancestor. 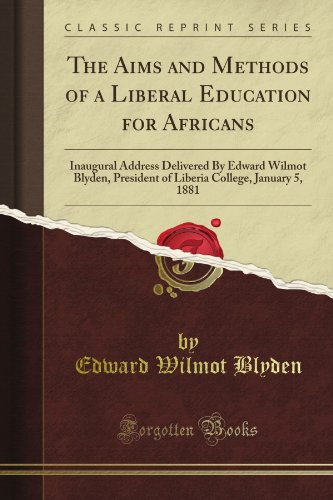 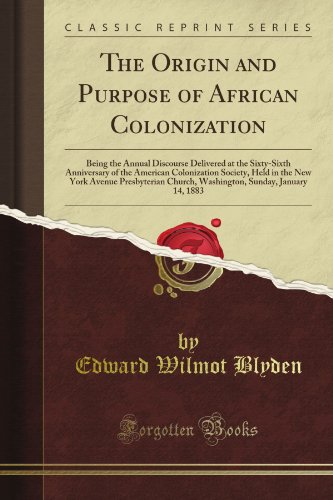 The Origin and Purpose of African Colonization (Classic Reprint)
$8.51
Add To Cart

Christianity, Islam and the Negro Race
$18.95
Add To Cart
Sale 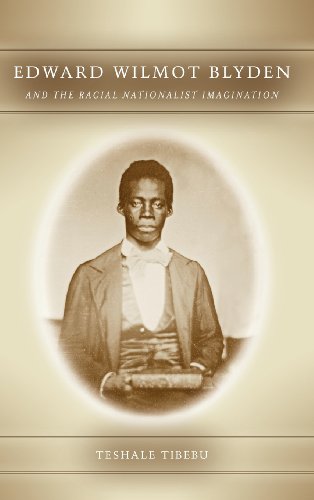 Edward Wilmot Blyden and the Racial Nationalist Imagination (Rochester Studies in African History and the Diaspora)
$90.00 $76.60
Add To Cart
Sale 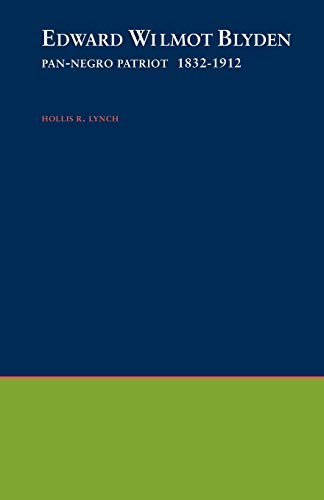 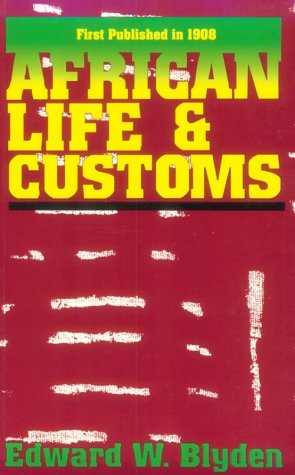