On November 18, 1978, 918 members of an American cult called the Peoples Temple died in a mass suicide-murder under the direction of their leader – a white Preacher named Jim Jones.

According to lists of all the victims who died at Jonestown three out of four of the children, women, and men who died were Black. (Source)

How did the the son of a Ku Klux Klan member from small-town Indiana convince so many Black folks to die for him? He did so using time tested strategies from other cults, by targeting the most vulnerable members of society, and by using charisma and scare tactics to convince his followers that he was God.

This article will not attempt to re-tell the story of Jim Jones, his movement, or the details of the mass suicide that took place in Guyana. To learn more about the story, I suggest you watch these documentary from which the information below was derived. 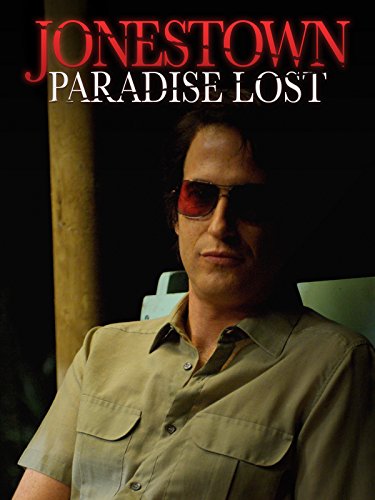 Instead, this article seeks to understand how cult leaders exploit vulnerabilities in the Black psyche that made Jonestown possible.

At The Feet of Father Divine

According to Black Past, Father Divine began receiving widespread public attention when in 1919, he and his first wife and several of his interracial religious followers moved to Sayville, New York and established a Peace Mission they called “heaven.”

Peace Mission ‘heavens’ were interracial communal living facilities that fostered Father Divine’s belief in a desegregated society and represented heaven on earth to his followers – a philosophy that would become integral to Jim Jones’ Peoples Temple.

In the 1930s Divine’s network of Peace Missions spread across the nation. His mostly white followers in Los Angeles, California and other west coast cities contrasted with the overwhelmingly Black missions east of the Mississippi River.

Over 150 Peace Missions were launched nationwide and abroad creating living facilities and jobs for the poor. As a result of Father Divine’s business acumen, the organization established various businesses and entrepreneurial enterprises that provided high quality yet inexpensive goods and services to patrons.

[Jim Jones] visited the Peace Mission in Philadelphia a number of times between 1960 and 1971, sometimes as a student of Father Divine’s techniques, sometimes as a competitor for Divine’s followers, and at least once as a self-appointed heir apparent to Divine’s ministry, membership and assets.

The two men met on several occasions before Father Divine’s death in 1965, and found themselves in agreement on issues related to integration and civil rights, even as they differed on others, such as the nature of Armageddon. – Source

When it was clear that Jim Jones would not be permitted to inherit Father Divine’s Kingdom, Jim Jones set about incorporating what worked in the Peace Mission into his own movement. Businesses were started that supported community outreach, and the most vulnerable members of society – lured by the prospects of free food and a charismatic minister – swelled the ranks of the Peoples Temple.

Jim Jones Targeted The Black Community From The Beginning

According to sources, The Temple began as a church in the Pentecostal-Holiness tradition in Indianapolis in the 1950s.

In a deeply segregated city, it was one of the few places where Black and white working-class congregants sat together in church on a Sunday morning. Its members provided various kinds of assistance to the poor – food, clothing, housing, legal advice – and the church and its pastor, Jim Jones, gained a reputation for fostering racial integration.

Investigative journalist Jeff Guinn has described the ways early incarnations of the Temple served the people of Indianapolis. The income generated through licensed care homes, operated by Jim Jones’ wife, Marceline Jones, subsidized The Free Restaurant, a cafeteria where anyone could eat at no cost.

Church members also mobilized to promote desegregation efforts at local restaurants and businesses, and the Temple formed an employment service that placed African-Americans in a number of entry-level positions.

In 1970, Jim Jones began to preach in cities throughout California. Recruiting drives in African American communities in San Francisco and Los Angeles increased Peoples Temple membership to over twenty-five hundred by 1973.

Some members lived in communal housing and worked full time for Peoples Temple. Others contributed significant portions of their income and property to the church. The church’s operations included real estate management; home care facilities for seniors and youths; publishing and bookkeeping services; mail order services; and maintenance of a fleet of buses to transport members to services throughout the state and across the country. Tens of thousands of people, including politicians and members of other congregations, attended Peoples Temple services between 1970 and 1977.

Jones became increasingly obsessed with the subject of suicide. In 1975, Jim Jones hinted at things to come. “I love socialism, and I’m willing to die to bring it about, but if I did, I’d take a thousand with me,” he said during a sermon at his Peoples Temple church in San Francisco.

He was also convinced that a nuclear holocaust was nearing, and his paranoia with government interference drove him to relocate his mission to Guyana in South America. 1000 doomed souls would follow him to their deaths.

On November 18, 1978, Jim Jones delivered the sermon heard below. These are the last recordings of Jim Jones and his followers taken from the site after his death.

Only one Black woman spoke out against what was about to happen. Listen to the madness of the crowd around 16:00 when she expressed her desire to live.

During the recording, the children were given cyanide laced Kool-Aid first. More than 300 of them died. Then the adults drank poison. Those who refused were shot.

Jones himself, ironically, did not drink his own Kool-Aid. He was found with a gunshot wound to his head.

Why The Black Community Is Still Vulnerable To Cult Leaders

Jim Jones followed a recipe almost identical to every other cult leader. He used threats of danger, violence, or an apocalypse to scare his congregation into submission. He demanded total loyalty from a group with a strong Christian heritage by claiming that he was God. And as God, Jim Jones demanded total obedience to a religious doctrine that is both authored and delivered by him.

We have seen the same pattern repeat itself time and time again. Dwight York of the Nuwabians declared himself God. Yaweh Ben Yahweh declared himself a God. And all did so prior to committing unspeakable atrocities.

Western religion is vague enough to allow anyone to claim they are the son of God, a messenger of God, or God himself. And because we are a spiritual people, religion has been the perfect tool to capture the souls of Black folks.

We may never be able to avoid cult leaders, but we can avoid religions that make it so easy for us to suspend our critical thinking in favor of blind faith. We can treat anyone claiming that they are the son of God – or God itself – with skepticism at least – and

When we come to know the truth about African spirituality, and when we listen to the truth that comes from the divinity within us, then we cannot be lied to or deceived by charismatic preachers in store-bought robes.