Pin
Twitter177FacebookEmailRedditPinterest
177
SHARES
Imagine that you wake up in the middle of a foreign country where no one speaks English. Would you know how to ask for help? Would you be able to understand what was going on around you?

Now imagine you are able to find an interpreter, but that person misrepresents everything that is said to you by other native speakers.

Now, not only are you lost and helpless, but you are also being deceived!

That is exactly where you will find yourself if you try to practice a new spiritual discipline without learning the language.

Not only will you be lost, but you will have to rely on someone else to translate what is going on around you.

Thats why I suggest you learn the language behind your choice of spiritual systems. Specifically,

I am not suggesting you try to learn all these languages. If your spiritual walk does not include Islam, you probably wont need to learn Arabic. Same with the other 4 spiritual systems.

But once you have chosen a path, learning the language behind the spiritual system will help gain the knowledge, wisdom, and understanding you will need to grow.

Here are the 5 languages you need to learn to develop your African spirituality!

The language of Moses, King David, and the Canaanites, Hebrew is a living language spoken by more than 9 million people worldwide.

Hebrew was once considered a dead language, but it was resurrected – some say according to Biblical prophesy:

In Jeremiah God says, “For then I will restore to the peoples a pure language, that they all may call on the name of the LORD, to serve Him with one accord.”

Whether prophesy or not, it looks like the Hebrew language is here to stay.

Why You Should Learn Hebrew

If you are a Christian, Rasta, Original Jew, or a Hebrew Israelite then you should be able to speak basic Hebrew.

That’s because the vast majority of academic work is written in Hebrew and not translated into any other language. Not to mention the fact that Hebrew – along with Aramaic – was the original language that the oldest Bibles were written in.

Even the Dead Sea Scrolls are written in Hebrew!

So if you want to be able to read, understand, and apply the lessons found in these works, you must know the language.

And by knowing Hebrew, you wont fall victim to deception by those who try to mislead you with their own interpretations.

Where to Learn Hebrew Online

I played around with a few different courses, and the best one I found was the 17 minute languages course. Here is how it works:

Arabic might not be indigenous to the African continent, but the language has influenced African culture since the 7th Century.

More than 420 million people speak the Arabic language making it the sixth most spoken language on the planet.

The reason so many people speak Arabic is because learning the language is mandatory for all Muslims. That way, no matter where you travel in the world, if there is another Muslim there then you both will be able to communicate.

Why You Should Learn Arabic

Salaat (prayer) is ONLY done in the Arabic language (and if you cant pray then you cant meet your obligation as a Muslim).

So if you are a Muslim, Moslem, Moor, Sufi, or a practitioner of the Baha’i faith, you must be able to speak Arabic.

If you are looking for a challenge, Arabic is one of the more difficult languages to learn on this list, and if you are a scholar, knowledge of Arabic is an essential for anyone seeking profound understanding of the culture and thinking-patterns of the Arab world.

Where to Learn Arabic Online

Being able to speak Arabic by itself wont cut it. You will need to be able to read and write the language, too.

The 17 Minute Languages course here helps you do all three. Here is why this course is the best one for learning Arabic that I have found online:

Click the link below to try out the course for free. They also have free resources that you can use to get started.

Medu Neter translates as the ‘word of God’. Your ancestors believed that the ability to speak and write was a divine gift that should be cultivated with respect.

They believed that both words and written symbols had the power to hurt and to heal.

And most importantly, they knew that the power contained in the Medu Neter gave the individual the power to transcend the physical dimension.

We can never truly know how the language is spoken – Kemetic died in the 1500s, but remnants can still be heard in the Coptic language. But we can still interpret the meaning behind the pictographs that our great Shepsu (Ancestors) left behind.

Why You Should Learn The Medu Neter

Kemet plays such an important role in the Conscious community that the Medu Neter should be as natural to you as your ABCs.

More importantly, learning the Medu Neter teaches you to interpret words and symbols in a whole new way.

Once upon a time, we relied on French translators to tell us what the words of the Book of the Dead meant because we couldn’t speak the language ourselves.

But now that we have begun to decipher the Medu Neter, we come to see that the so-called Book of the Dead is actually a Book of Enlightenment!

Where to Learn The Medu Neter

The only truly qualified instructors of the Medu Neter that exist today are our Queen Dr. Rkhty Amen,  Muata Ashby, Wudjau Men Ib Iry Maat, and a handful of others.

Dr. Rkhty Amen has produced an entire library of books and CDs for both adults and children that should get you where you need to be.

There are more than 40 million people who speak the Yoruba tonal language across Nigeria and in the neighboring countries of the Republic of Benin and Togo.

PinMost importantly, Yoruba is important to the Voodoo, Santeria, Ifa and Obeah spiritual systems. So if your spiritual walk takes you to those faiths, you will need to speak Yoruba.

Why You Should Learn Yoruba

With so many speakers worldwide, learning Yoruba can help make important connections with some of Africa’s most influential people! (Nigeria has the largest economy on the African continent and there are Nigerians all over the planet).

Where to Learn The Yoruba Language

Yoruba is a tonal language, meaning a word that is spelled the same but pronounced differently may have a significantly different meaning. For instance, the word aro can mean cymbal, indigo dye, lamentation, and granary, depending on intonation. For this important reason, we do not suggest trying to learn the Yoruba language using books. You must be able to hear words pronounced from a native speaker. If you are interested in learning the language, here are three resources I suggest. 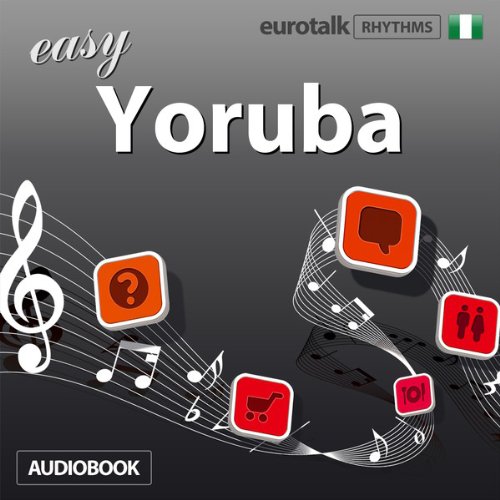 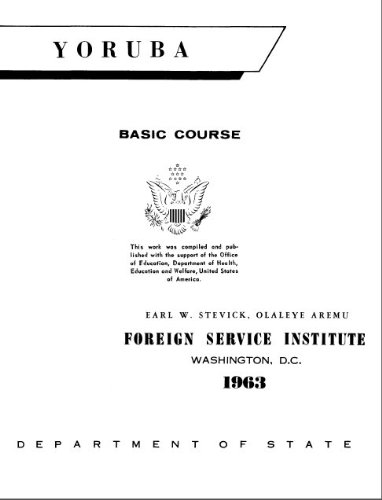 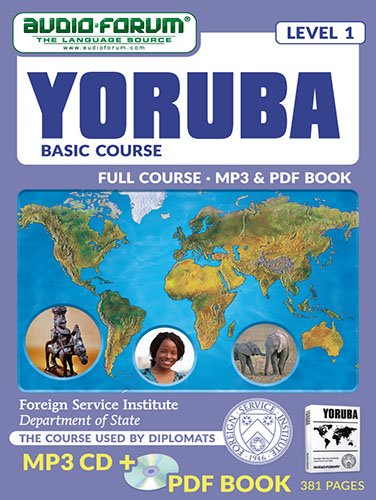 Swahili (properly known as kiSwahili) is the official language of the Pan-African Alliance and our member organizations.

There are as many as 100 million Kiswahili speakers in Africa and around the world. With a population of 1.2 Billion, more than 10 percent of the African population already shares the same language.

And we know that we cannot achieve unity without a common language!

Why You Should Learn Swahili

Swahili is a bridge language that will help you understand many other Sub-Saharan African languages.

That’s because Swahili originated on the West coast of Africa and migrated all the way to the East coast with a group called the Bantu.

The Bantu spread their language and culture across Sub-Saharan Africa the same way Arabs spread Arabic in the North.

That means wherever you go in Sub-Saharan Africa, you will be able to understand some parts of speech if you speak Swahili.

If that’s not enough of a reason, Swahili is probably the easiest language on this list to learn!

Where to Learn Swahili Online

The best way to learn Swahili if you are a beginner is with an introductory course. And not just any course – you need to take one taught by a native Swahili speaker!

In the past, that meant you had to get on a plane and walk up to strangers in Kenya to even hear the language. Today, we have online learning platforms that give you all the benefits of immersive learning without the cost of a plane ticket or college tuition!

They use background music that taps into your brainwaves to help you focus, relax, and embed the lessons into your subconscious. You can turn the music off, but for me that made the difference.

The course also uses a “long term memory method” that helps you remember what you learn. It works the same way that children learn – using rhyme and repetition.

Do you remember the Kit-Kat theme song from the commercial?

That commercial hasn’t been on for years, but you still have that stupid jingle in your head.

17 Languages uses the same technique to embed lessons into your subconscious so you can remember them without having to think about it!

Start with the free version of any of the above courses and let your journey begin!