Before you read this: we make an effort to present as many forms of African spirituality to our readers in as non-biased a way as possible.

One woman’s truth is another mans fable.

We also avoid discrediting anyone’s way of life and to instead learn from all for the purpose of Black liberation and progress. If for whatever reason you dispute the validity of Moorish Science, there are other forms of African spirituality that may appeal to you.

Prophet Noble Drew Ali and the Moorish Science Temple of America’s contribution to Blacks in America is as important as that of any great leader in American history.

At a time when many American “Negroes” still bore fresh memories of plantation life, Noble Drew Ali revealed to them the glories of the accomplishments of their ancestry.

For his contributions to Black Consciousness, every member of this community should be aware of Noble Dew Ali and the movement that he inspired.

Not much is known about the Prophet Noble Drew Ali prior to the establishment of his first temple. Born in  North Carolina as Timothy Drew on January 8, 1886, he purportedly traveled to Egypt early in life as a child. Folklore has it that he was exposed to a lost section of the Islamic holy book known as the “Circle Seven Koran”.

It was later claimed that Noble Drew Ali actually plagiarized the scripture from the Aquarian Gospel and a Rosicrucian secret society text called Unto Thee I Grant to compose this new “sacred text”.  I encourage the reader to compare both texts and come to their own conclusion.

Upon Noble Drew Ali’s return to America at the age of 26, he founded his first temple in 1913 in Newark, New Jersey. However, due to police persecution and concern over his racial messages, he was forced to migrate around the Midwest region – setting up temples along the way- before finally settling in Chicago and establishing a ninth temple.

Noble Drew Ali died at age 43 at his home in Chicago on July 20, 1929. Although the exact circumstances of his death are unknown, the Certificate of Death stated that Noble Drew Ali died from “tuberculosis broncho-pneumonia”. One Moor told The Chicago Defender that “The Prophet was not ill; his work was done and he laid his head upon the lap of one of his followers and passed out.”

Teachings of the Moorish Science Temple

While the Moorish Science Temple of America can claim to be America’s oldest known Islamic organization, “Moorish Science” is certainly not the Islam that predominates from Morocco to Malaysia, but a mixture of Indian beliefs, the occult, Freemasonry, and Christianity.

Instead of the Qu’ran of Muhammad which is familiar to all, the Moorish Science Temple has its own Qu’ran, called the Circle Seven Koran. 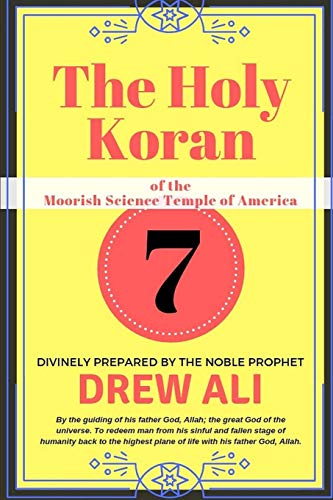 Pin
The Holy Koran of the Moorish Science Temple of America
$9.95
Add To Cart

The teachings behind this Koran and Moorish Science exposes practitioners to a whole network of alternative spiritualities that focused on the power of the individual to bring about personal transformation through mystical knowledge of the divine within.

Where are the other colors as nationals in law around the world? There is no one else calling them self a color as a nation. So anyone calling themself black has voluntarily made himself “property” to be abused legally, in law. So stop it. In treaties where is [the term] Black? Nowhere. But we, the Moors, are known in the oldest treaty in the world – the Moroccan treaties. No debate. – Noble Drew Ali

I urge you to remember there is work enough for all to do in helping to build a better world. The problems of life are largely social and economic. In a profound sense, they are moral and spiritual. Have lofty conceptions of your duties to your country and fellowman in general and especially those with whom you deal. This includes such honesty and righteousness as will cause you to put yourself in the others fellow’s place. Look for the best in others and give them the best that is in you. Have a deeper appreciation for womanhood. Brighten the hopes of our youth in order that their courage be increased to dare and do wondrous things. Adhere at all times to the principles of love, truth, peace, freedom, and justice. I am your affectionate leader. I shall continue to labor, day and night, both in public and private, for your good, thereby contributing to the welfare of our country and its people as a whole. – Moorish Literature p. 31

It was thanks to Noble Drew Ali that one of his contemporaries named Marcus Garvey was led to write “Islam is the religion of the black man in America.” One of Noble Drew Ali’s students, David Ford-el (later known as W.D. Fard Muhammad) was a Minister in the MSTA Chicago Temple and went on to found the Nation of Islam after Noble Ali’s death in 1929.

Were it not for Noble Drew Ali’s teachings, there most likely would not be a Nation of Islam, nor would there be as potent an interest in the true origins and glory of pre-colonial African empire.

Today, the Moorish Science Temple of America is a religious non-profit Corporation that claims temples and membership in 15 U.S. states and throughout the world.

While most Africans and Arabs abroad remain ignorant of Noble Drew Ali’s contributions, his legacy remains an important and indelible part of Black consciousness in America today.

We always encourage our readers to do their own research to develop an informed opinion on any person or movement in our community. Here are some resources to get you started. 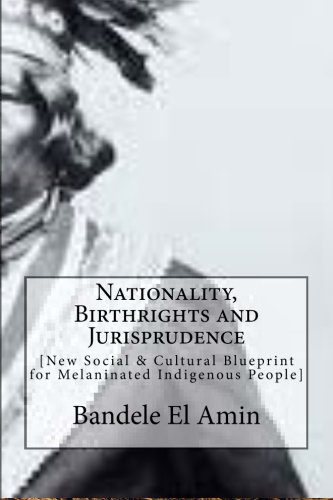 This article is meant to offer a brief of the MSTA and its Founder. If you are more closely affiliated with the Moorish Science Temple than the author and would like to offer updated or more accurate information, please comment below to help all our readers improve their understanding.