How To Unlock The Power Of Orgonite Pyramids

Orgonite pyramids are powerful devices that work with your energy and your environment to heal and amplify your life force.

These devices have been used in different forms since ancient times to heal the body and elevate the soul.

Your Ancestors believed that many illnesses began in a persons ‘light body’ before being manifested in the physical body. They knew that stress, anxiety, and excessive fear became high blood pressure, heart disease, and chronic pain. Thus, ancient healers would focus on the light body before treating physical symptoms.

…The [people of Kemet] call this creative energy “za” (known as “prana” to the Hindus and “chi” to the Chinese), which human beings, under special conditions, could manipulate. The [Neter] Heka was also the personification of this energy. They understood man’s vital essence, the spirit, to be contained in a net of energy: the body. Thus, in the process of healing, the psi-physician/priest actually sought to restore the energetic integrity and harmony of the ill person. – African and African-AmericanContributions to Science and Technology

Modern medicine is only just now catching up to what your Ancestors have always known. The ‘new’ field of psychosomatic medicine treats the mental and spiritual causes of physical illnesses.

But here is the problem with Western psychosomatic treatments: doctors treat illnesses as psychological without taking into account environmental factors that contribute to physical illnesses.

Human beings are created to be receptive to the energies that surround us, and this perception starts with emotion. Emotions are conditions that are both caused and effected by ones environment which are then translated into physical responses. Anger – an emotional condition – creates elevated blood pressure – a physical response.

In ancient times, your Ancestors responded to the presence of danger by generating emotions like anxiety and fear. These emotions created physical responses like muscle tension, restlessness, increased heart rate, and elevated alertness that would prepare them to either fight or take flight. When the threat passed, the physical responses would pass as well and the body would return to balance.

In today’s world, we respond to financial and relationship stress the same way our Ancestors responded to predators. But instead of being able to avoid or remove perceived threats, we are forced to constantly confront them.

We are always tense around our ‘bosses’. We feel a lump in our throat when we see letters from the government in our mailboxes. We feel a temporary sense of relief when we pay our rent or mortgage, only to have our anxiety and restlessness return a few days later. And when we see the weapons of white supremacy at work, we are reminded that we are constantly under attack.

This is why the Indigenous people of the Earth face disproportionately higher cases of high blood pressure, chronic pain, insomnia, and a whole host of other health issues.

If all of the above factors were not enough, we are also being poisoned by electromagnetic radiation, by high frequency synthetic music, and by artificial neon lights.

Thus, if we are to heal ourselves, not only must we continue the fight against threats posed by western constructs (consumerism, wage slavery, government over-regulation, and the weapons of white supremacy), but we must also create healing environments around ourselves.

What Are Orgonite Pyramids?

Pin
The word ‘orgone’ is a western word for the energy that is present in all living things. In the context of African Spirituality, this energy has been called many things including:

Orgonite pyramids are devices that are made with plant resin, crystals, copper, gold, or other natural materials. These materials are arranged in ways that bring a persons àṣẹ into maat – or harmony – with the natural frequency of the planet.

Imagine you are soaking in a pool of water. The water is constantly flowing around you and in some cases through you. Energy works the same way. Cosmic rays, electromagnetic forces, light, and sound waves all penetrate you as they move around you.

If we follow the pool analogy above, by adding a filter to a contaminated pool, we are able to clean dangerous toxins from the water. Orgonite pyramids work in much the same way a pool filter would by absorbing dangerous wavelengths, retuning them, and retransmitting them into the environment.

The sacred geometric patterns that are locked in the crystals of the orgone pyramid along with copper and other metals harmonize the frequencies of your sacred spaces to produce calming, healing, or energizing environments.

Specifically, orgone pyramids may be able to:

Mandatory disclaimer: these claims have not been validated by western sources, and I am not licensed to suggest they may do so. But after using my orgone pyramids for the past few months, I have noticed a substantial improvement in the energy of the rooms that I place them in.

How To Use Orgonite Pyramids In Your Sacred Spaces

We use orgonite pyramids for the same reason that we use incense and singing bowls – to turn sterile or poisonous environments into healing and life affirming ones. And since orgone devices have the power to balance harmful electromagnetic energies, they should be placed near the sources of that energy. These sources include:

and any other source of radiation.

Orgone pyramids are made of resin, so they are susceptible to heat. Therefore, you want to avoid placing them near heat sources.

In addition to placing orgonite pyramids in your spaces, keep them close to your body when you meditate. This will strengthen the aura’s defense against distracting and damaging electromagnetic waves.

How To Find The Best Orgone Pyramids

Not all orgone pyramids are created equally. Commercial orgones made with synthetic resin, fake copper, artificial lab grown crystals, glitter, or other manufactured material will leave you with a beautiful paperweight.

The best orgone pyramids are made with natural material – real crystals harvested from the earth, real copper, and plant based natural resins.

Every orgone pyramid should include one main piezoelectric crystal. Without this crystal, you do not have a true orgonite pyramid.

Piezoelectricity is the electric charge that accumulates in certain solid materials (such as crystals, certain ceramics, and biological matter such as bone, DNA and various proteins) in response to applied mechanical stress. The word piezoelectricity means electricity resulting from pressure and latent heat.” – Source

Copper is another important element used in orgonite pyramids for its ability to transfer energy and conduct both heat and electricity. So when copper is wrapped around piezoelectric crystal, it has the power to amplify and direct the flow of energy coming off the crystal.

Copper coils can also be placed at the bottom or sides of an orgone pyramid to assist in the over all flow of energy throughout the matrix. Copper should be coiled clockwise to direct the energy in a downward spiral or counter clockwise for an upward spiral.

Here are a few handmade options to get you started. Click any of the links below to take a closer look at how these beautiful and powerful devices are made. 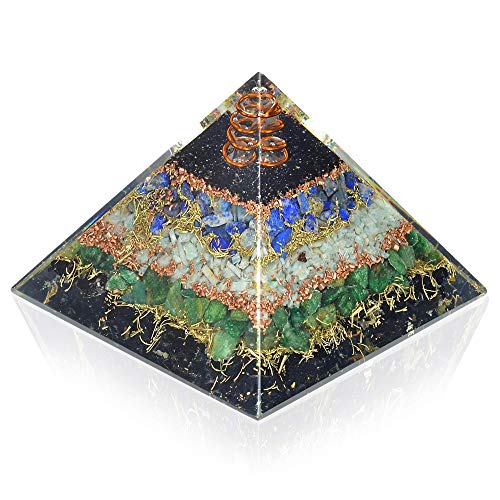 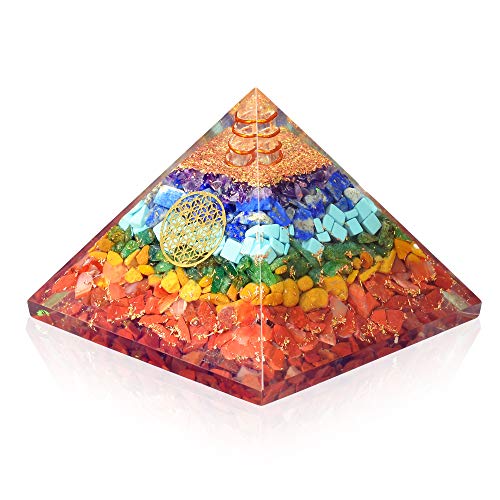 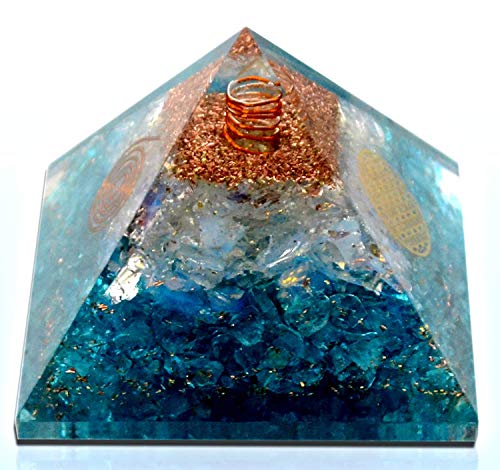 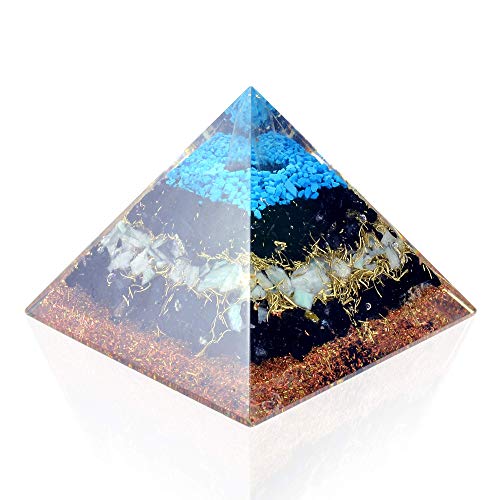 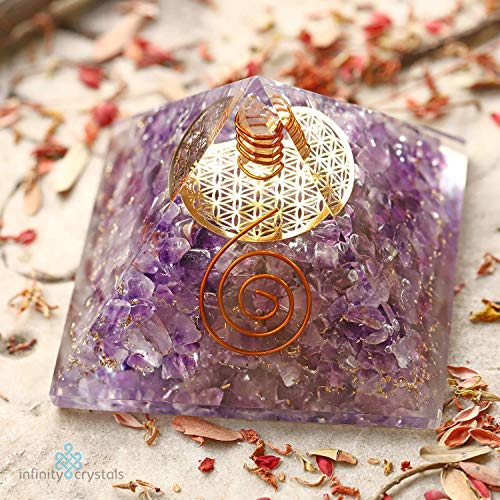 What Do We REALLY Know About The African Origins of Christianity?

The 5 Hidden Teachings Of Kemetic Yoga Every Initiate Should Know