Black polygamy has been low key trending for decades. Its no secret that there is a disproportionate number of Black men in prison in the West. Combine that with an oppressive system of welfare and imbalances in the earning power of Black women and you have a recipe for dysfunctional Black family units.

In the wake of the New Jim Crow and the welfare system in the west and economic instability elsewhere, polygamy has become a trending topic as a way to restore the Black family.

Whether polygamy is a response to the system of mass incarceration or an economic strategy, there has been a growing group of Black polygamist families who swear by the practice. Even if you dont agree with the practice, it has been going on much longer (and is much more widely accepted) than Christianity would have you believe.

Besides being a traditional part of Black society, here are 5 more reasons Black polygamy might be a good idea. Even for “vanilla” couples.

1. Polygamous Families Move as a Unit

It is more economically effective to operate as a unit than as an individual.

The lone single Black mother faces dangerous pitfalls. If she isn’t trapped in a system of welfare, then she is trapped in a never-ending cycle of work, childcare costs, bills, and more work.

Ultimately, she never gets ahead, misses her opportunity to complete her education while she is still young, and is routinely absent from her child’s life.

But if that same woman was a part of an extended family, she would be able to share the burden of raising a child across multiple members of the household.

It is this shared workload that makes polygamy so appealing.

Polygamous families that work and move as a unit while sharing the burdens of everyday life are more effective than the lone wolves out there battling the elements alone.

2. Polygamy Increases the Learning Opportunities of the Family Unit

In almost every modern society on the planet, the higher the formal education obtained by members of a household, the more money that household earns.

Black polygamy opens up more opportunities for the family to complete higher levels of education. Here is how successful families have made it work:

With four advanced degree holders in the household (instead of none in many cases), the earning capacity of the family unit is multiplied exponentially.

Many believe that having more mouths to feed in the home would increase expenses, but the numbers prove otherwise. With multiple people using the same items, those items can be bought in bulk and prepared in batches.

If children are involved, childcare expenses are eradicated, saving thousands of dollars per month. Those children can also be homeschooled, giving them a better education at a lower cost than traditional families are forced to bear.

Transportation fees for each individual are reduced with the help of carpooling. Laundry fees – which may seem minor until they are added up – can also be reduced per individual by combining loads. Debts and liabilities are displaced, and in polygamous family units, the spending power of the unit is combined to get rid of the debts of the individual.

4. Technology Is Making It Easier For Black Polygamy Communities To Come Together

Black polygamy personals and websites have made it easier than ever to find like minded people.

No matter where you are in the world or what you are into, you can find a whole community of people just like you. That includes polygamous and Black polygamy groups. A google search turned up hundreds of dating sites. Click on any of the images below to check them out.

5. Black Polygamy Has The Power To Heal Our Community

A few years ago, Goddess Aayanna posted this video on the power that Black polygamy has to heal our community.

Polygamy has been a natural way of life since mankind left the cradle of Africa, and in parts of America, it still is. According to researchers at Brigham Young University, there are 30,000 to 50,000 people currently living a polygamist lifestyle in the United States, and a separate study reported on NPR estimates that 50,000 to 100,000 Muslims in America may be quietly living polygamist lives.

Even though these couples are in the minority in the West, when we look at the entire world we see that polygamy is the natural way of life A worldwide survey of 849 different societies show that 708 cultures are polygynous, 4 cultures are polyandrous (where the wives have more than 1 husband) and only 137 cultures are monogamous.

Before you get all excited about what you think polygamy could be, let me be clear on what it is not:

You aren’t gonna be able to come home from work, kick back with a cigar, and watch your wives pleasure each other. It doesn’t work that way.

While it is true that polygamy can possibly reduce infidelity, if you are considering a polygamous family lifestyle for the sexual opportunity then you are starting out on the wrong foot.

Polygamy is not a “wife collection”, or a “sugar-daddy gold mine”

Some of you so called players think that polygamy is an opportunity to collect a harem of beautiful sistas to keep for yourselves. Its not. For starters, women in polygamous family units are NOT objects, nor should they be considered extra hands to get work done around the house.

Women, your husband should be a man of resources, but y0u shouldn’t view the unit as an opportunity to dig some gold. Polygamy is a pact made between members of the household to work together as a team of romantically involved conscious beings.

That is both a responsibility to your community and a duty to your spouses and sister-wives.

Polygamy is not easy

To make a polygamous family unit work, every member of the unit must play a part. While one husband attends school, it may fall to two other wives to work while one maintains the integrity of the home. While two wives may be full time college students, the other two members of the unit must work to support them and give them the space they need to finish school.

The problems in polygamous units are the same as the problems in monogamous families – conflict occurs, time away from the family may be needed, communication problems must be mediated. Men and women with poor communication and relationship skills, or a poor work ethic, are not qualified for polygamy.

In The Spirit of Intimacy: Ancient African Teachings In The Ways of Relationships by Sobonfu Somé, the author has this to say:

“In our village, polygamy is..not hidden and is only done with the approval of the wife. Its up to the woman to choose whether she wants another woman in her household.

A second wife is wed into the family just as any other marriage. Many women choose this in order to bring more female energy into the house and make it lively. My aunt chose to have several other women with her. Its not seen as perverted. Its the action of a woman who feels happy in her relationship an wants to bring other women to share that happiness with her.” 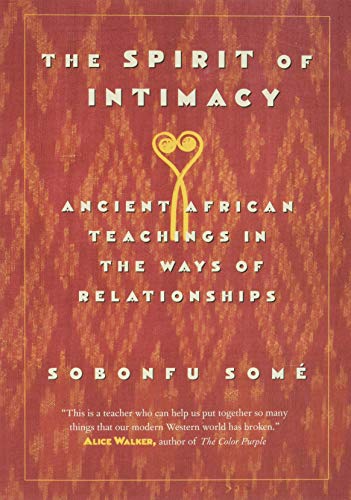 Polygamy provides the Black community with an opportunity to reunify and restore the effectiveness of the family unit, improve their opportunities for higher education, and reduce their expenses.

But would polygamy work for you? Does polygamy have the power to transform the Black community? Or are you 100% against the idea? Let us know why or why not in the comments below.