Home truth is defined as an important truth, a key truth, a fundamental truth, a cardinal truth which is discomforting to acknowledge.

The Great African writer Ngugi wa Thiongo drove home the unpalatable truth, a home truth that makes some on both sides of the divide uncomfortable, but truth is the truth.

In his book ‘Decolonising the Mind: The Politics of Language in African Literature’ he wrote ‘Truth does not change because it is uncomfortable. Truth is universal and no power in heaven, on earth, under the earth can change the truth. 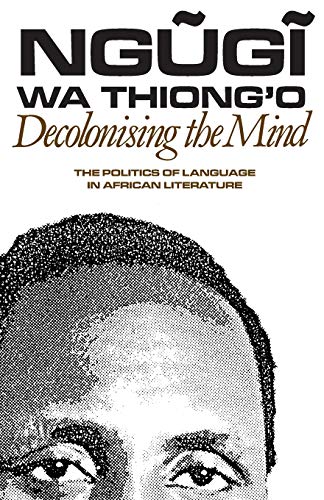 Decolonising the Mind: The Politics of Language in African Literature
$19.95 $17.99
Add To Cart

In other words, you don’t need to travel around the world to know that, the truth is the truth everywhere. But we are living in a world where the truth has been turned upside down and labeled ‘fake news’.

Some of us refuse to accept this distortion of the truth. We know the reality is that without the benevolence of Africa and the massive contributions from Africans, Europe and America wouldn’t be where they are today.

The truth must be told and Africans must begin to stand up for the truth. For far too long, Africans have allowed themselves to be bamboozled with spurious western tales.

More often than not, we have been told that without European and American charity, (via IMF/World Bank and the other nefarious western institutions) Africa and Africans everywhere will cease to exist. The opposite is rather true. The world needs Africa. Africa does not need the world.

In his work ‘How Europe Underdeveloped Africa’ Walter Rodney captured the European psychosis unambiguously, clearly to be understood by the both the learned and unlearned. I wish this book was made available to every African.

Today, other nations are taking a page from the Western playbook to enrich themselves while taking advantage of the wealthiest continent on the planet.

What we need now is an information mechanism to counter the false narratives imposed upon Africa and Africans. Walter Rodney wrote:

“The interpretation that underdevelopment is somehow ordained by God is emphasized because of the racist trend in European scholarship. It is in line with racist prejudice to say openly or to imply that their countries are more developed because their people are innately superior, and that the responsibility for the economic backwardness of Africa lies in the generic backwardness of the race of Black Africans.

An even bigger problem is that the people of Africa and other parts of the colonized world have gone through a cultural and psychological crisis and have accepted at least partially the European version of things. That means that the African himself has doubts about his capacity to transform and develop his natural environment. With such doubts, he even challenges those of his brothers who say that Africa can and will develop through the efforts of its own people.” – How Europe Underdeveloped Africa

And Ngugi wa Thiongo nailed the issue down beautifully:

“Africa actually enriches europe: but Africa is made to believe that it needs Europe to rescue it from poverty. Africa’s natural and human resources continue to develop Europe and America: but Africa is made to feel grateful for aid from the same quarters that still sit on the back of the continent. Africa even produces intellectuals who now rationalize this upside-down way of looking at Africa.”

7 Facts That Set The Records Straight

1) Africa never coveted European resources or natural wealth because we have enough, satisfied with what God has given us and not so acquisitive like Europeans. Europeans wish they have all of Africa, while Africans have zilch.

3) Africans never met in darkness to plan the plunder of Europeans.

4) There is absolutely NO African multinationals stealing from Europe and under-developing Europe like Europeans are doing in Africa.

5) Europeans still meet daily in darkness just as they did in Berlin in 1884 with the African map before them planning how to rob Africa of her God-given wealth. 7) Africans are often accused of being “economic refugees” escaping poor Africa in search of greener pastures in Europe and America, when in fact, they are just following and seeking ways to retrieve some of their stolen treasures.

Even European Leaders Are Telling The Truth About Africa

Addressing 30 African Heads of State attending the 25th France-Africa Summit, on 31 May 2010 in Nice, France, Then-French President Nicholas Sarkozy said that Europe and Africa were inextricably linked and highlighted the indispensability of Africa in resolving the major issues currently affecting the world.

“Africa is our future. For a long time on the periphery, the African continent is asserting itself more and more as a major player in international life… France and Europe need Africa as much as Africa needs Europe and France.”

And in a speech delivered to African leaders, in Kampala in Uganda on July 24th, 2010, former UK Prime Minister made these startling revelations and confirmed what some of us have regarded as the eternal truth:

Without Africa, there would be no Europe and global growth.

Some people will say these balances are inevitable, that the world is out of kilter and there’s simply nothing you can do.

But I believe there is an alternative. An alternative to what is now called the new normalcy in the global economy of low growth, high unemployment and instability on the one hand, high levels of absolute poverty and the waste of human lives in Africa on the other.

There is an alternative to a decade of low global growth which would fail to meet both the development needs of Africa and the growth needs of Europe and America. To me the answer is obvious: as we struggle to find new sources of growth we must turn here, to Africa, to this continent of huge potential and talent.

The State of African Leadership

It was after these meeting that the NATO/AFRICOM murdering mechanism was set in motion to clear the major impediment to western imprudence, Gaddafi.

With Gaddafi out of the picture, the stage was set for the West to once again embark on the reckless plunder Africa to feed its voracious appetite. Africa can forget the current fleckless leaders.

“All these leaders, and when you are kneeling, you are making your nation kneel before these young imperialists.” Pan-Africanist Zimbabwe President Mugabe said Africa was going through its worst period ever. “Not only have they become cowards, but have become sellouts of our own people. Betraying, betraying the nations of Africa.”

Africa simply needs the Nkrumah type and a new generation of Revolutionary leadership to reverse the current western distortions. Today, Africa is reeling under Western Economic Dictatorship and massive dose of historical distortions.

Our Supreme Case As Expressed By Kwame Nkrumah

“Until the independent states of Africa are united in a single nation, the exploitation of Africa… will never end”

Although most Africans are poor in currency, our continent is potentially extremely rich. Our mineral resources, which are being exploited with foreign capital only to enrich foreign investors, range from gold and diamonds to uranium and petroleum. Our forests contain some of the finest woods to be grown anywhere.

Our cash crops include cocoa, coffee, rubber, tobacco and cotton. As for power, which is an important factor in any economic development, Africa contains over 40% of the potential water power of the world, as compared with about 10% in Europe and 13% in North America. Yet so far, less than 1% has been developed. This is one of the reasons why we have in Africa the paradox of poverty in the midst of plenty, and scarcity in the midst of abundance.

Never before have a people had within their grasp so great an opportunity for developing a continent endowed with so much wealth. Individually, the independent states of Africa, some of them potentially rich, others poor, can do little for their people.

Together, by mutual help, they can achieve much. But the economic development of the continent must be planned and pursued as a whole. A loose confederation designed only for economic co-operation would not provide the necessary unity of purpose. Only a strong political union can bring about full and effective development of our natural resources for the benefit of our people.

The evidence that Africa throughout history had built, sustained and provided the impetus for western development is overwhelming. Let us not allow them to continue with the twisting, enough already. Most Africans have been conditioned to accept these distorted realities.

Let us reject the arrogance and ignorance of the West. Without Africa, there will be no Europe or America. We must surely get rid of this unholy falsehood, which has been deeply implanted in the inner recesses of our brains; that Africa’s survival depends on Western benevolence. Pan-African ideas should be forcefully expressed to correct the continued rape of our continent, and overthrow the dangerously entrenched European belief system.

Only the undiluted truth shall set Africa and Africans free.