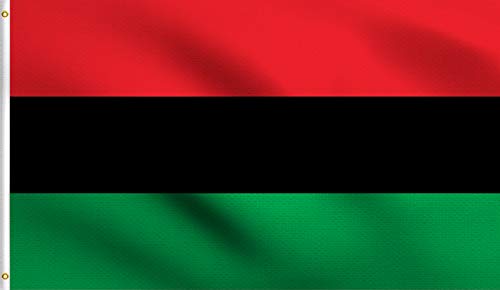 The RBG flag is the most recognizable symbol of Pan-Africanism. But since its history and meaning are not taught in western circles, many who are new to Black consciousness may not understand why we use red, black, and green as our defining colors.

The RBG are the red, white, and blue of Black consciousness, and have very specific meanings that every Black man, woman, and child should know.

If you prefer to listen to this article instead of reading it, I created a video for you below.

The Story Behind the RBG Flag

The red, black, and green flag was first designed and used by Marcus Garvey – a founding father of Pan-Africanism – and members of the Universal Negro Improvement Association (UNIA) in 1920.

A racist 1900 song called “Every Race Has a Flag but the Coon” was one of the hottest songs of the time among white America, and was responsible for establishing the term “coon” in reference to Black men and women.

This song so infuriated Marcus Garvey, that he commissioned the RBG Flag as the standard of Pan-Africanism.

“Show me the race or the nation without a flag, and I will show you a race of people without any pride. Aye! In song and mimicry they have said, “Every race has a flag but the coon.” How true! Aye! But that was said of us four years ago. They can’t say it now….” 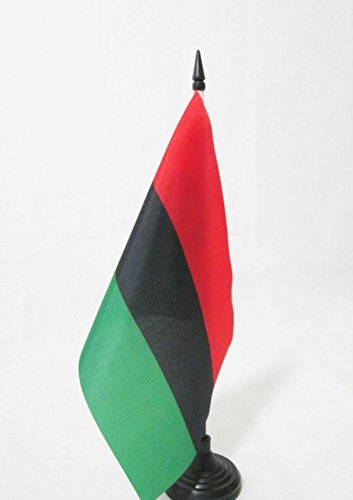 The Declaration of Rights of the Negro Peoples of the World was drafted and adopted at the Convention of the Universal Negro Improvement Association (the organization that Marcus Garvey created) held in New York City’s Madison Square Garden on August 13, 1920.  Among the articles is Declaration 39 which states as follows:

“That the colors, Red, Black and Green, be the colors of the African race.”

It is from that declaration the Red, Black and Green – or RBG – flag came into existence. Since then, a number of African nations have adopted the colors as a symbol of their sovereignty.

Not only has the flag been adopted by nations, it has been used to represent the thousands of Black organizations that carry on the struggle for a nation of our own.

So that we never forget what the RBG flag means to us, we celebrate Universal African Flag on August 17th of every year. This sacred day is both the day that Marcus Garvey  was born, and the day that finalized the RBG flag as the banner of our movement.

What The RBG Means To Pan-Africanism

The RBG flag reminds us as Pan-Africans of what we are working towards and fighting for: sovereignty. It reminds us that we are not fighting to assimilate into other nations. Nor are we working to be better citizens in countries that do not represent our beliefs or values.

We are working towards a Pan-African state built on laws, representation, and values that truly represent who we re.

Why The Colors Of The RBG Flag Were Chosen

The three colors of the flag were chosen to represent the blood, the soil, and the prosperity of Africa and its people.

Red was chosen because it is the color of aggression, momentum, and – most importantly – blood.

Red represents the blood of our  martyrs, the 100 Million men and women who have shed their blood and given their lives for the cause of liberty, unification, and redemption.

Red represents the passion and the aggression born within every Black man and woman, the life forces that must be tapped to release the collective energy that we will need to achieve our divine purpose on this planet.

Black represents melanin – the chemical that gives color to the Original people.

Black compels us to remember that we Black men and women are all unified as members of one family.

Black represents the uniformity of our intentions. Black also represents the ignorance – the void – from which we must emerge before we are able to lead and enlighten the rest of the world.

Green represents the fertile cradle of Africa in all her prosperous glory. Green reminds us of our mission as Pan-Africanists; the unification of Africa into one mighty nation – protected, self-sustaining, and developed to her full potential.

Instead of celebrating European independence days, make a commitment to celebrating the Universal African Flag on August 17th of every day. Buy an RBG flag and wave it proudly  in front of your homes, on your cars, and in your community centers.

Whenever there is a meeting of the people, make sure an RBG flag is present! If you attend a community event and dont see an RBG flag, ask the organizers why the colors are not present. Having a flag brings the spirit of our ancestors and clarity of purpose to the space.

Any time you produce a youtube video, ensure the RBG flag is present. You might notice that every video that we produced for United Black America had our flag in the background. This was not by mistake. 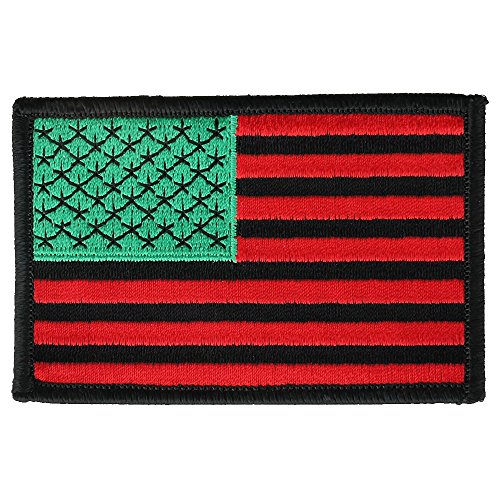 More From: Politics and Pan Africanism