In many of his live lectures, the audience watched in amazement as Dr. Sebi performed amazing physical feats well into advanced age. He claimed that by consuming sea moss every morning, his joints were protected, his energy level was elevated, and his libido was stronger than ever.

But the most “potent” evidence of the power of Sea Moss is the fact that Dr. Sebi went from being impotent to leaving behind 17 children at the time of his transition ?!

While everyone can benefit from Sea moss, Black men can achieve amazing results by adding the “Viagra of de Sea” to their everyday diet.

What Is Sea Moss?

Chondrus crispus also known as sea moss, is a type of algae that is reddish in color and can be found all over the Atlantic and Caribbean regions.

Sea moss is classified according to the scientific genus Gracilaria whileChondrus crispus is the species name of the agae. Because there are so many variations of sea moss, it is important for you to know the different scientific and common names when shopping for sea moss.

In Jamaica, Gracilaria is commonly known as Irish moss, Jamaican sea moss, or Carribean sea moss, but all the above terms are used interchangeably.

Sea moss is a good source of vitamins, minerals, and nutrients that include:

And since sea moss is an algae, it is appropriate for all plant based diets, including the Melanin Diet.

From overall health to stronger and longer erections, every Black man should experience the power of sea moss for themselves.

Before you proceed, make sure you read and understand our Consumer Protection policies and disclaimers. The information below is not meant to treat or diagnose any illnesses. We want to make sure you are well taken care of, so consult with a licensed professional to verify our claims.

In men, the prostate gland contains a high concentration of a mineral called zinc. In fact, prostate cells accumulate more zinc than cells anywhere else in the body!

Zinc has also been shown to have a strong impact on testosterone levels and a direct influence on the ability of the testes to perform properly –  two critical aspects of sexual health.

Zinc supplementation was found to significantly increase the semen volume, sperm motility and the percentage of normal sperm morphology – Source

What does this have to do with Sea moss? Just 100 grams of sea moss contains more than 10% of your recommended daily intake of this crucial mineral.

The strength of your prostate, the health of your sperm, and the amount of semen you are able to produce are all greatly enhanced by the zinc contained in sea moss.

Sea moss is packed with nutrients and vitamins that are essential for both brain and body health.

In one U.S. National Library of Medicine study, C. Crispus was shown to have multiple positive prebiotic effects, such as “influencing the composition of gut microbial communities, improvement of gut health and immune modulation”.

In another study, a group of subjects who had a higher prevalence of Bacterioids – good gut bacteria – in their systems had very different brains from those who did not. The regions of the brain linked to problem-solving and complex information processing had more gray matter than the other group, and their hippocampi were also more voluminous and active. You may remember from primary school Biology that the hippocampus is associated mainly with memory, in particular long-term memory.

Translation: Your brain and your stomach are closely connected, and what happens in one has an affect on the other. Sea moss may lead to stronger immunity, digestive health, regularity, weight management, and brain health.

And according to Dr. Sebi, the main culprit responsible for disease is mucous. Because sea moss is rich in potassium iodide, it can help loosen and break up mucus in the airways. An expectorant allows the patient to cough up mucus so he or she can breathe more easily, especially if long-term lung problems such as asthma, chronic bronchitis or emphysema are present.

If any part of your body is not functioning at optimal levels, all parts of your body – including your man parts – suffer. So Sea moss benefits male sexual health by improving your body’s overall health.

We all know that in addition to mucous, chronic inflammation plays a major role in disease development, but it can also prevent healthy blood circulation. If left unchecked, inflammation can lead to plaque buildup and narrowing of the arteries, meaning less blood is getting to the places that it needs to be.

In fact, erection problems are usually caused by atherosclerosis — hardening of the arteries. If damaged, the tiny blood vessels supplying the penis can no longer dilate to bring in the strong flow needed for a firm erection. Diabetes, high blood pressure, smoking, and high cholesterol are the three main causes of atherosclerosis and erectile dysfunction.

In short, Sea moss can help improve your circulation in two ways:

Without a sufficient amount of iron, your body can’t produce enough hemoglobin. As a result, you to become tired, groggy, and sluggish.

Sea moss is rich in iron, a mineral that is crucial for healthy energy levels.  In fact, less than a cup of Jamaican sea moss supplies half of our RDI in iron, which is high even when compared to other sea vegetables.

About 70 percent of your body’s iron is found in the red blood cells of your blood called hemoglobin and in muscle cells called myoglobin. Hemoglobin delivers oxygen to your bodily tissue while removing waste like carbon dioxide, while myoglobin  stores that oxygen in your muscles.

In studies conducted by the American Journal of Clinical Nutrition, it was concluded that iron supplementation was associated with significant improvement in muscle endurance and stamina.

So if you want staying power in the bedroom, iron rich sea moss is your all natural solution!

How To Prepare Sea Moss

With all the benefits listed above, I encourage you to try sea moss for yourself.

But getting the most out of sea moss is not as simple as buying a bag and popping the dried leaves into your mouth.

In fact, when you get your shipment, it will be dried out and there is likely going to be some salt and sand in the bag (so you know its real).

Step 1: Remove your sea moss from the bag and wash it thoroughly.

Step 3: Cover and leave overnight to rehydrate. Once the sea moss has absorbed the water in the bowl.

Step 4: Put your sea moss into a blender along with 1 cup of activated water for every ounce of sea moss

Step 5: You now have a sea moss jelly that you can put in a mason jar and store in the refrigerator for up to 3 weeks or use immediately.

There are many types of sea moss out there, but to get the benefits mentioned in this article you need Dr. Sebi approved Gracilaria spp. sea moss.

Mass produced farm raised trash wont work, so make sure you are buying the real deal. Here is the only brand on Amazon that I trust. 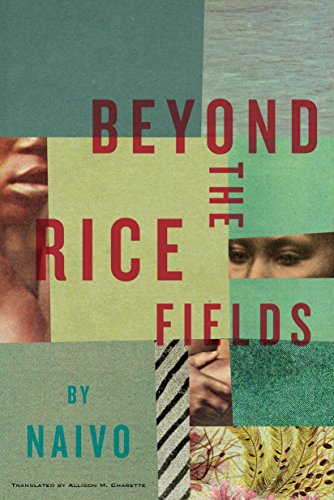 If you want to support a Black owned business, Black and Nobel sells Dr. Sebi Approved Sea Moss already prepared. You can get it below.

– Sold by US Based Black and Nobel
– No prep needed. Ready to use.
– 16 ounce pouches

Get your sea moss here ➜

More From: The Teachings Of Dr Sebi