The Crushing – Was Shaka Zulu Really The Man We Think He Was?

When Nandi was pregnant with Shaka Zulu – her first child – she was visited in the night by a Priestess. The prophecy that came from the old, blind woman’s lips would change the course of history. She whispered,

“Daughter of Bhebhe. From your womb shall come the first born of the King. And he shall give birth to a mighty nation of blood stained spears and thundering black shields.“

The Prince would soak the soils of South Africa with the blood of a hundred tribes before seizing the throne of the Zulu Kingdom.

By the time the armies of England arrived 40 years after his death, even the mention of the name Shaka made the blood of his friends and foes alike run cold.

Unlike then, we celebrate Shaka Zulu as a hero of Black history. A statue stands in Glencoe, South Africa as a testament to his greatness. And many in the Conscious community idolize him as the highest ideal of what it means to be a Black man…

Read his story and decide for yourself.

The Birth of a King

Senzangakhona was the man every woman wanted – tall, confident, strong, and skilled. And it didnt hurt that he was the son of the King of the Zulus.

Senzangakhona was used to having his way, but it is the object of our desire that plays hard to get that keeps our attention.

So when Senzangakhona met Nandi, he was obsessed: Nandi paid him no attention. He sang to her. He danced for her. He flashed his wealth. Nothing.

She was a proud woman, and demanded that she become a royal wife immediately to prevent being taken advantage of. Senzangakhona agreed. They made love. And Nandi became pregnant.

But when the royal council to the prince heard what had happened, they blasted her claim to the royal house. Senzangakhona, they made clear, already had an arranged marriage.

And so, soon after Shaka Zulu was born Nandi was thrown out of the village, forced to wander the wilderness and foreign lands.

Understand that back then a person who was expelled from their community was almost always condemned to death. They were exposed to the elements, forced to wander the plains, and fend for themselves.

Nandi’s mother – Bhebhe – refused to see her daugher and her Grandson cast out alone, and so she joined them as they travelled to a nearby village with the hopes that they would be taken in.

Sadly, Bhebhe would not survive the journey.

Nandi herself was forced to fight off slave traders, and nearly died of starvation and fatigue herself while keeping young Shaka alive.

When they finally arrived at a nearby community, their trials were far from over.

As a child, Shaka was smaller than other children his age, but he had an explosive temper that led to regular fights with other boys in the village. On more than one occasion, Shaka Zulu and his mother were forced to the outskirts of the community to keep the peace.

Shaka wanted revenge for the people who kicked his Mother out of her rightful home.
He wanted vengeance for those who caused his Grandmother’s death.
He was scarred from years of being bullied and humiliated.
And he was hurt by a father who had turned his back on him.

Years passed before Senzangakhona reached out to his bastard son. That changed when Shaka hit puberty.

Every year, as part of Zulu culture, the boys that have reached manhood are summoned before the king to pledge their loyalty and take up arms as part of the military. Messengers were sent out to Dingiswayo, chief of the village in which Shaka and his mother had taken refuge, requesting that the now teenage Shaka return to take part in the ceremony.

Shaka Zulu agreed, returned, and stood before his father with the rest of his emDlatsheni iNtanga (age-group). But instead of pledging his allegiance, Shaka swore before his father that he would have his revenge and, as the firstborn son of the Zulu King, to take the throne by force.

The African The Art of War

When Shaka returned from the dramatic initiation ceremony, he was old enough to join the military of the community run by Dingiswayo. It was there that Shaka would perfect his knowledge of warfare and his skills on the battlefield.

But Shaka was not a natural and skilled ‘warrior’ in the traditional sense.

Understand that the way that African warfare was conducted back then were not the blood-soaked affairs that one ascribes to western style military conflict. Killing took a back seat to pageantry and posturing on the battlefield. Being a warrior required restraint, a quick wit (to hurl insults at the other force), and a sense of humor.

Shaka had none of these. And he quickly realized the so-called weapons that militaries used were nothing more than props.

So with little influence and a weak reputation, Shaka set out to transform a small portion of Dingiswayo’S force into a lethal killing machine. According to legend, Dingiswayo owed him a favor and gave Shaka a group of volunteers to test out new weapons and tactics.

One such weapon was a new short spear called the Assegai. The shaft was shorter than traditional spears for up-close combat, and the blade was wider and sharper to inflict more lethal wounds.

The shields were made broader and thicker to protect troops during close combat.

These two innovations alone made the new forces far more formidable than their adversaries. And it wasnt long after that Dingiswayo realized he had unleashed a nightmare on the world.

In battle after battle, Shaka Zulu proved to be a relentlessly violent and proficient warrior. Driven by a mad thirst for violence and revenge, Shaka and his squad won almost every battle they fought. His valor and innovation earned him a promotion from squad leader to General.

But this was not enough for Shaka. He unleashed what would be known as the mfecane – the crushing – to subdue all surrounding communities and force them into the bourgeoning confederation of suzerains. 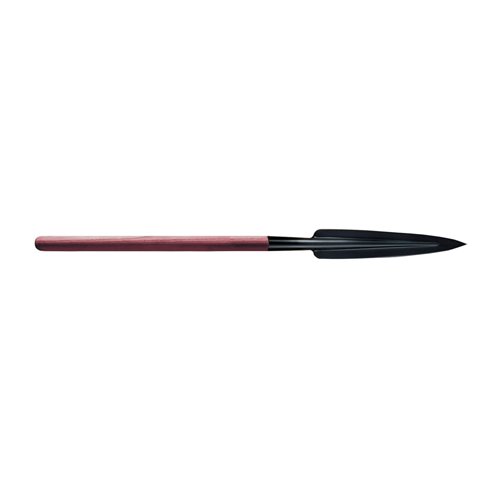 While Shaka led campaigns to unify smaller tribes into Dingiswayo’s growing nation, his father Senzangakhona died of an unknown illness. But before Senzangakhona’s death, he put one of Shaka’s half brothers on the throne.

When Shaka heard the news, it was the last straw.

Shaka and an elite unit of his warriors raced back to the Zulu lands, where he massacred all the members of Senzangakhona’s leadership (including his half-brother), and claimed the Zulu throne for himself.

The prophecy of the old Sangoma had come to pass. Amid the sound of thundering Black shields and the shouts of his army, Shaka ascended to the throne of the Zulus.

According to legend, his first words as King were “Take your place, Mother.”

To Live And Die By The Spear

No longer a foster-child of Dingiswayo, Shaka Zulu was now in control of his own war machine. He transformed the small and insignificant tribe of his father into a mighty nation of over 80,000 highly trained warriors and with that war machine he extended his borders and influence over most of southern Africa.

No nation was safe. Shaka laid waste to any community that failed to show proper respect to him, or any group that had wronged him in the past. Every Zulu was conscripted to support his never ending wars. s the bodies piled up and the clear river waters started to run red with blood, the pacifists in the Zulu camp became increasingly worried about how far Shaka would go.

Shaka commanded absolute respect. He was a god on Earth. Life and death were his alone to command. And this power struck fear in the hearts of his inner circle.

When Nandi died, Shaka went mad with grief. He commanded the nation to fast until many starved to death. The restrictions and sacrifices that he demanded from his people were so severe that the popularity that Shaka earned for his achievements became disdain.

A conspiracy was born to kill the god-King so that the people could live once again. In the middle of a celebration on September 22, 1828, his half-brothers murdered Shaka.

At the time of his death, Shaka Zulu ruled over 250,000 people in a land area greater than that of Napoleon’s. Shakaz army was more than 50,000 warriors deep at any given time.

But with the death of Shaka, the army and the Zulu’s fell victim to the British who had just arrived in the area. According to South African History Online, in mid-January 1879 the British invaded Zululand with three columns of British troops, starting the war that ended Zulu independence.

After the initial crushing defeat of the British at Isandlwana and the Britains’ heroic defense of Rorke’s Drift, the tide turned against the Zulus. Ulundi, the capital of then Zulu Chief Cetshwayo was burnt down and his impis (Zulu soldiers) were defeated.

Cetshwayo was captured on 28 August and on 2 September Britain signed a peace treaty with the Zulus. According to the treaty Zululand was divided into thirteen separate chiefdoms under a chief elected by the British who was complaint to British rule. Cetshwayo was exiled and despatched to Cape Town on 15 September 1879.

Thus, the Zulu nation that Shaka had built was destroyed and never to be reborn again. 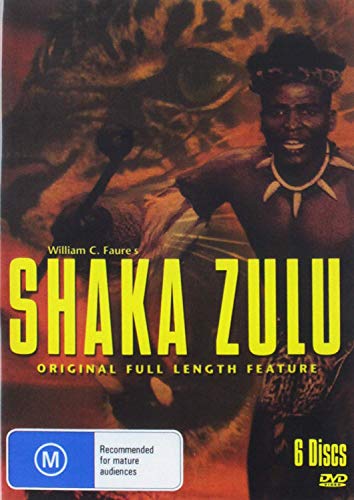 So was Shaka a hero, or just another African dictator? Would the Zulu nation have survived if he remained in power? Did this article change your opinion of Nkosi Shaka Zulu? Leave a comment below!