China Is Opening Police Stations And Bases Across Africa: The Next Phase Of Neocolonialism Has Begun

China would never allow an African police station in its country. The nation is known for its hostile stance on African immigration, widespread racism. So why would African nations allow China – or any other nation for that fact – to open police stations within their borders?

Did African leaders learn nothing from colonialism?

China may not be chopping off hands or underdeveloping Africa, but we know that in addition to trade, aid, and debt-trap diplomacy to exploit the continent.

One of the most important lessons taught in the Destruction of Black Civilization is this:

The record of the 5,000 years that ended with the European conquest of the whole continent in the nineteenth century shows that every African state remained relatively secure and independent as long as it maintained a strict policy of excluding foreigners from settlement within its borders . That same record makes clear that wherever this policy was abandoned and whites were admitted under any pretext whatsoever, the eventual doom of that state was certain.

The coming of the Caucasian, whether from Asia or Europe, or whether in the name of peace, trade, [or] an “integrated society”…no matter under what pretext they came it meant the destruction of highly advanced Black civilizations.

– from The Destruction of Black Civilization 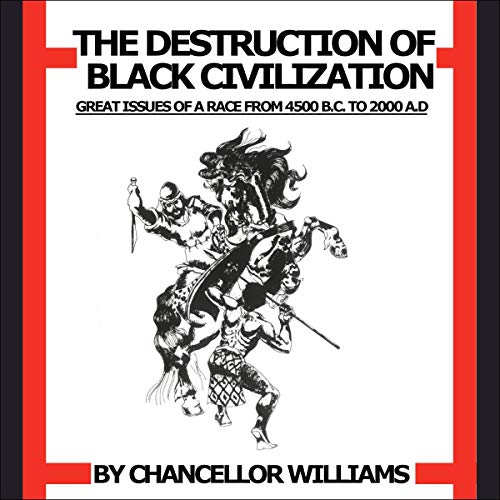 There are always three phases to colonization:

Colonizers enter a nation as diplomats and traders. They establish diplomatic ties with target nations on the basis of trade.

Colonizers justify establishing a military or police presence within the borders of their target nation since “there are Chinese nationals here who we must protect!”

This is the phase that Africa – China relations have just entered.

China says it will increase its military presence in Africa: In Djibouti, where Chinese companies have constructed strategic ports and Africa’s first electric transnational railway, Beijing last year formally launched its first overseas military base, which also operates as a logistics and intelligence facility. Many experts now anticipate more Chinese bases in the years to come, with Namibia rumored as a potential location. – Source

With the economy now under their control and a strong military presence in the borders of their target country, Colonists turn the target nation into a suzerain – a nation that is allowed to manage its own people, but with its policies under control of an external sovereign nation.

That is what makes this development so alarming. From Linda Ikeji:

The opening of the 13th Chinese Community and Police Co-Operation Center in South Africa last week has sparked concerns about China’s growing influence in various institutions across the continent of Africa. Many top South African dignataries gathered in Port Elizabeth to celebrate the opening of the new center, which was established to improve relation and communication between South African police and the local Chinese community. The 3rd Term opening of the Chinese Language Training Program, which teaches law enforcement officers to speak Mandarin, was also celebrated.

@EFFSouthAfrica and @julius__smalema Is it true that China opened 13th police station here in south Africa?????

This is incredibly dangerous.China isn’t stopping at Zambia. They have sights set on bigger countries like the DRC and Nigeria where the US has political, economic, and military interests. We have to deepen our relationships there as bulwark against Chinahttps://t.co/nz0SQ6K1z9

Does South Africa have a police in any City in China?

China is trying to be the new imperial power and the Chinese are colonizing locations around the world. Will the world stop them? https://t.co/X2HAtyrEFr

Those who forget their history are doomed to repeat it.

Who Is The Black Community Supposed To Call When The Police Are As Dangerous As The Criminals?

Exposed: The Weapons of White Supremacy That Erased Black History in Argentina

Exposed: The Global Agenda To Prevent The Rise Of A Black Messiah

New Jim Crow Book Review: A Must Read If You Want To Understand Mass Incarceration