Stokely Carmichael and the Politics of Black Liberation

Stokely Carmichael, 25, head of the Student Nonviolent Coordinating Committee, speaks at the University of California's Greek Theater, Berkeley, California, October 29, 1966, jammed with 14,000 people. Carmichael at the rostrum, said: "To hell with the draft." (AP Photo)

Stokely Carmichael, who later became known as Kwame Ture was the Father of the Black Power movement, and one of the most important Black men of the 20th Century. His philosophy laid the political foundation for our organization and countless other Pan-African Movements. This is his story.

Born on June 29, 1941, in Port-of-Spain, Trinidad, Stokely Carmichael was the son of Adolphus (a carpenter) and Mabel (also known as Mae Charles) Carmichael.Like many families, his immigrated to the United States 1952 in search of better opportunities for the young Stokely, who possessed a remarkable mind.

He transitioned from elite Tranquility Government Primary School in Trinidad to the premier science magnet school in the United States, the Bronx High School of Science – known for its 7 Nobel Prize winning physicists, 6 Pulitzer Prize winners, and long list of scientists, CEO’s, and celebrities who have changed the world.

Upon graduating, Stokely was offered several full scholarships to white Universities, but turned them down for enrollment at the historically Black Howard University. It was there that his career as an activist began.

Bloody Lowndes and the March Against Fear

By the ripe old age of 19, Stokely had already become a nationally recognized activist at a time when the civil rights movement was in high gear.

Carmichael and other SNCC members left college campus and travelled to Lowndes County, Alabama, known as “Bloody Lowndes” for its violence against Black. Although 80 percent of the population was Black, there were no Black elected officials.

Sidebar: This is why we are so adamant about you starting your own business. As an employee, you are less likely to be a part of the movement if you are bought and paid for by an employer.

On June 6, 1966, a Black man named James Meredith started a solitary March Against Fear for 220 miles from Memphis, Tennessee, to Jackson, Mississippi, to protest against racism. Soon after starting his march he was shot by a sniper. When Carmichael heard the news, he decided to join other civil rights leaders (including martin Luther King Jr, Floyd McKissick, the Human Rights Medical Committee and other civil rights organizations ) to continue the march on Meredith’s behalf.

Note: The NAACP didn’t want anything to do with the march.

Ordinary people both Black and white came from the South and all parts of the country to participate. The marchers slept on the ground outside or in large tents, and were fed mainly by local communities.

On the early evening of Thursday, June 16, 1966, when the marchers arrived in Canton, Mississippi, the marchers began to set up their tents for the night on the grounds of the all Black Stone Street Negro Elementary School. Permission to use the school grounds had been granted by the Black school board but was later revoked by white city officials.

When law enforcement demanded they vacate the premises, Carmichael took to the stage and thundered “We don’t want anybody to move! The time for running has come to an end. You tell them white folk in Mississippi that all the scared niggers are dead. You tell them they shot on the rabbits, they going to deal with some men!”

One of the protesters there recalled what it was like…

” It was like a scene of hell with the smoke rising and people vomiting and crawling around and choking and crying. And then there was a kind of an eerie silence and the one thing you could hear over and over again was this thug, thug, thug sound. And what it was was Mississippi troopers kicking people on the ground or hitting them with their rifle butts.”

By June 26, when the march entered its end point at Jackson,Mississippi it was estimated to be 15,000 strong. Its passage was warmly welcomed in the Black neighborhoods and by some whites. However, many whites jeered and threatened the marchers; others simply stayed indoors.

The March Against Fear was the last great march of the southern civil rights movement. The call for power would now be raised in communities across the nation, challenging Americans to look at the realities of their democracy.

How The Doctrine of Black Power Was Born

We have to march to a position where we can see a strength and unity amongst each other… We have to build a power base so strong in this country that we’ll bring them to their knees every time they mess with us. – Stokely Carmichael Quote

Black organizations like the NAACP had been founded and controlled by white Jews, and the Civil Rights movement had been hijacked by white liberals.

“It scared people because they did not understand, they could not subtract violence from power. They could only see power as a violent instrument accompanying it” said one activist present when the term was first introduced.

The debate amongst #blackpeople in the United States and elsewhere over what to call ourselves has been settled decades ago. Unfortunately we confuse our race (African) with our Nationality (African-American) or our Ethnicity (Berber, Bantu, etc). ⠀ ⠀ This debate is still going on because so few of us have actually listened to and respected the teachings of our Ancestors. This is the danger of just sitting around and being entertained by social media. ⠀ ⠀ Dont just consume the knowledge – DO THE KNOWLEDGE. Build on the lessons our Ancestors learned and taught long ago. ⠀ ⠀ Be UNAPOLOGETICALLY AFRICAN ✊?⠀ ⠀ #panafrican #blackhistory #blackexcellence #africa #blackpower #melanin #blackwomen #blackmen #blacklove #blackisbeautiful #panafricanism #blackwoman #blackman #blackandproud #Blackculture #blackpride #problack #Blackunity #african #blackconsciousness #staywoke #blackhistory365 #blackempowerment #africanamazing #panafricanalliance

Carmichael had first introduced the doctrine of Black Power during an address at UC Berkeley on October of 1966. In the speech he said the following:

“Now we are now engaged in a psychological struggle in this country, and that is whether or not black people will have the right to use the words they want to use without white people giving their sanction to it; and that we maintain, whether they like it or not, we gonna use the word “Black power” — and let them address themselves to that; but that we are not going to wait for white people to sanction Black power.”

He continues: “We’re tired waiting; every time black people move in this country, they’re forced to defend their position before they move. It’s time that the people who are supposed to be defending their position do that. That’s white people. They ought to start defending themselves as to why they have oppressed and exploited us.”

Like all of the most important figures of the Black Power era, Stokley was subject to intense government surveillance and subversive efforts. FBI documents obtained through the Freedom of Information Act describe Carmichael as a dangerous subversive and an “enemy of the state”.

In 1969, under pressure from the FBI, Stokely left the United States and lived the rest of his life out in Africa under the name of Kwame Ture.

There, he became a member of Dr. Kwame Nkrumah‘s socialist All-African People’s Revolutionary Party that would lead the military struggle against settler colonialism, Zionism, neo-colonialism, imperialism and all other forms of capitalist oppression and exploitation.

Read Also: What Every Pan-Africanist Should Know About The Mission and Vision of Dr. Kwame Nkrumah

The All-African People’s Revolutionary Party is still alive and well, and aims to form a United Socialist African government. The party believes Africa must first be united before they can accelerate economically and technologically.

According to the party, such maximum development would guarantee a balanced use of the material resources and human potential of Africa along the lines of an integrated economy, and within corresponding divisions of production, eliminating all unnecessary forms of competition, economic hostility and replication and resulting in true freedom.

Kwame Ture remained an activist until the last day of his life. Shortly before his death, he was awarded the Qathafi International Human Rights Prize, and was invited by Muammar Al Qathafi himself to take hospice in Tripoli and participate in the Pan-African Conference there.

This flight was to be Kwame’s Last Freedom Ride, a revolutionary act to break, once and for all, the immoral and illegal United States government’s travel bans, sanctions, embargoes and blockades against the peoples and Governments of Côte d’Ivoire, the Congo, Cuba, Iran, Libya, Somalia, Sudan, and Syria; blockades that had been in place for decades, and some of which are still in place today.

Kwame knew that he would die in route or shortly upon his arrival in Tripoli. But consistent with how he lived his life, was determined to die in Africa and in service to his people.

The members of his family, including his mother Mabel Carmichael, and the cadre of the A-APRP who enabled and empowered Kwame to make this Last Freedom Ride, were prepared to die with him.

He made his transition to the ancestors, on November 15, 1998, in Conakry, Guinea.

His revolutionary voice and Pan-Africanist vision is still reverberating in every corner of Africa, the African Diaspora and the World. It reverberates despite the unrelenting, massive and word-wide conspiracy to silence, co-opt, contain and crush Kwame’s voice and vision, and his legacy of revolutionary struggle and sacrifice for Black Power. 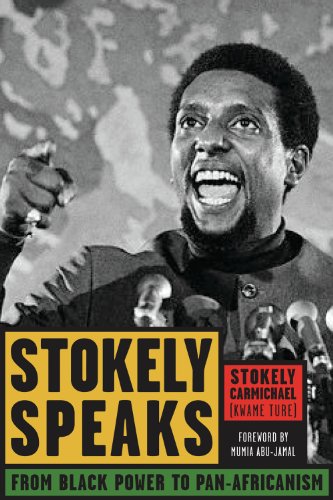 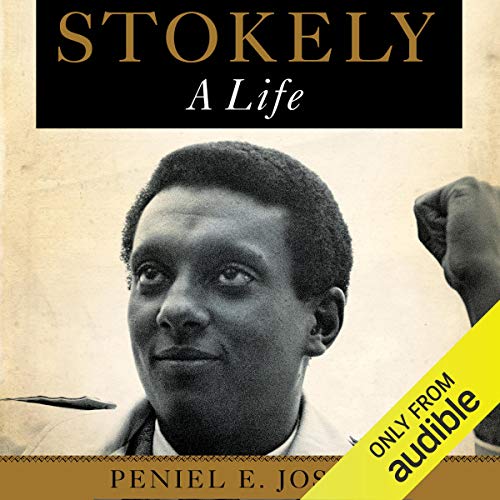