In the United States, young Black student are rejecting and rebelling from the westernized public school system.

Not because our students are less intelligent or more prone to violence than other races, but because they are not given historical examples that reflect their contributions to society.

Indeed, by trying to convince young Black students that everything in the world of value was the product of another race, and that Africans had nothing to do with the forward march of civilization contributes to their miseducation.

To correct this miseducation, it is necessary to deconstruct falsehoods and replace them with right knowledge. This article will attempt to sum up the hundreds of books already written on the subject, but here are a few of the most important: 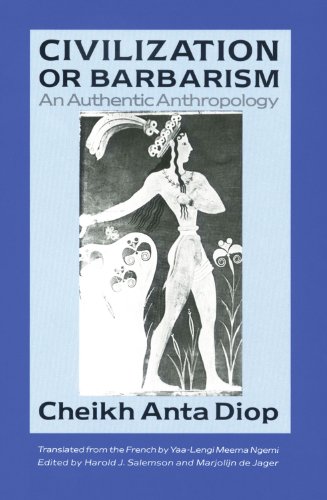 Just as students of our contemporary world are sent to the United States to complete their education, so too were students of the ancient world sent to Kemet to learn architecture, engineering, astronomy, language, mathematics, administration, and medicine.

By the time Greece began to crawl back out of its first dark age around 800 B.C., Kemet (Ancient Egypt) had already entered its 22nd Dynasty.

Greeks resumed the practice of sending its students to Kemet to retrieve the knowledge that had been lost, and by 700 B.C., large Greek communities became permanent fixtures in Kemetic cities.

Nearly all well known Greeks whom we study and revere in school curricula today all studied at the feet of Kemetic scholars.

Indeed, the Greek St. Clement of Alexandria, once said that if you were to write a book of 1,000 pages, you would not be able to put down the names of all the Greeks who went to Kemet to be educated and even those who did not tried to claim they did because it was prestigious.

All the great names of Western academia sat at the feet of Black men and women who had mastered the subject matter material a thousand years in advance.

Writing has always formed the foundation of civilization, and the early Minoans were raised from illiteracy by the writing of Kemet.

As early as 1500 BC, the Minoan Civilization – the first civilization in Europe – had started sending their students to learn at the feet of the Black Men and Women of Kemet.

The hieroglyphic system of writing was adopted and evolved into the famous Linear A and Linear B writing systems that would become Greek letters. The Minoan Civilization flourished until a volcanic eruption destroyed the island of Crete, and with it the Minoan Civilization.

Europe slid back into darkness, savagery, and illiteracy for almost a thousand years.

In the 3rd Century, a Greek named Euclid moved to Alexandria to study math. After a 10 year long stay, he would return to Greece to publish a plagiarized version of what he learned – earning him the undeserved title of the Father of Geometry. His textbook, Elements, still serves as one of the main textbooks for teaching mathematics in the world today.

Euclid wasnt the only one who robbed Kemet of her mathematical contributions to humanity.

One white man in particular went above and beyond to take credit for what was taught to him: Archimedes.

The Greek Archimedes is generally considered to be the greatest mathematicians of all time. He is credited with the very important discovery of the numerical value of pi, the principles of leverage, and inventing the so-called “Archimedes Screw”.
However, Archimedes stole his so-called discoveries from the texts he studied in Kemet.

In his must read book Civilization or Barbarism, Cheikh Anta Diop wrote:

“…Archimedes did not even have the excuse of an honest scholar who would rediscover an established theorem, without knowing that it had been discovered two thousand years before him by his Kemetic predecessors.

The other “borrowings” in which he indulged himself during and after his trip to Kemet, without ever citing the sources of his inspiration, show clearly that he was perfectly conscious of his sin, and that hereby he was being faithful to a Greek tradition of plagiarism.”

He goes on to say “It is remarkable that the Romans, who had less contact with the Kemetians, have contributed practically nothing to the exact sciences, geometry in particular.”

Kemetians discovered mathematical formulas for determining cylindrical surface values two millennia before Archimedes, and Archimedes failed to truly discover pi, whereas the scholars of Kemet had discovered the value as early as 3,000 B.C.

We know this thanks to a mathematical papyrus that was written in 1700 B.C. that contains reference tables and a collection of 20 arithmetic and 20 algebraic problems. The problems start out with simple fractional expressions, followed by completion (sekhem) problems and more involved linear equations (aha problems).

In the opening paragraphs of the papyrus, Ahmes presents the papyrus as giving “Accurate reckoning for inquiring into things, and the knowledge of all things, mysteries…all secrets”. He continues with:

Problems 41 – 46 of the papyrus show how to find the volume of both cylindrical and rectangular based granaries.

In problem 41 the scribe computes the volume of a cylindrical granary. Given the diameter (d) and the height (h), the volume V is given by:

In modern mathematical notation (and using d = 2r) this clearly equals The quotient 256/81 approximates the value of pi as being ca. 3.1605.

Archimedes, however, failed to discover pi. Cheikh Anta Diop writes: “Archimedes does not explicitly calculate the value of 3.1416 (the value of pi). He shows that the ratio of the circumference to the diameter lies between 3.1/7 and 3.10/71. The next best approximation was found by the Babylonians, and their calculation was (incorrectly) a whole number (3) or else 3.8!

Archimedes is credited with saying “Give me a lever long enough and a fulcrum on which to place it, and I shall move the world.”

However, the people of the Nile not only knew the power of the lever, they used them in both simple and complex ways. Levers like the shadoof, a lever with unequal arms, was used to raise heavy building blocks, and to water gardens.

Archimedes published a treatise entitled On the Equilibrium of Planes or of Their Center of Gravity – which would deal with the equilibrium of a lever. But once again, his treatise was a useless plagiarism of a problem that Kemet had already solved more than 2,000 years before Archimedes was born.

It should be noted that while Kemet used this technology for peaceful purposes, Archimedes used it to create weapons of war.

One of his other great claims – the ‘Archimedes Screw’ – predates Greek history and was old news by the time Archimedes came along.

“…Archimedes would not invent the continuous screw, the spiral, in Sicily, but during a trip to Egypt where this screw was invented, evidently, centuries before the birth of Archimedes.”

Euclid of Alexandria, was a Greek mathematician who is often referred to as the “Father of Geometry”, was as much a fake as Archimedes.

The solution amounts to computing the area as:

The 14th problem of the Moscow Mathematical calculates the volume of a frustum.

Problem 14 of the Moscow papyrus states that a pyramid has been truncated in such a way that the top area is a square of length 2 units, the bottom a square of length 4 units, and the height 6 units, as shown. The volume is found to be 56 cubic units, which is correct.

The solution to the problem indicates that the scholars of Kemet knew the correct formula for obtaining the volume of a truncated pyramid:

In addition to the above, the mathematical papyri shows us that the scholars of Kemet were both intimate with algebra and knew how to rigorously calculate the square root, irrational numbers, the so-called Pythagorean theorem, the quadrature of a circle, trigonometry (used to calculate the slope of a pyramid using sine, cosine, tangent, and cotangent), and the surfaces of triangles, circles, rectangles, and trapezium.

Remember, this is all 2,000+ years before the white, so-called father of geometry was born.

The key takeaway is this: from early in education, the world is taught that western civilization originated everything of value to the world. Not only is this untrue, but it should be said that the west learned everything they knew of value from Africa.

The real origins of Christianity, mathematics, architecture, medicine, and literature originated with the Black man and woman. The truth must be known. Add these books to your personal library and share this article with your facebook groups to help wake up the masses!