The 5 Percent Nation, also known as the Nation of Gods and Earths teach that the Black man is GOD, ALLAH, and supreme.

But is this the truth? If the Black man is God, how do you explain his position in the world today?

For decades, the 5 Percent Nation taught that the Black man is the Original man. Those who didn’t understand their message dismissed the claim as pseudoscience.

But today, all scientific evidence points to Africa as the cradle of humankind.

Anthropologists confirm that there is indeed a genetic “Adam” – the first human man described in the Bible – who came out of Africa as far back as 300,000 years ago.

Scientists came to this conclusion by tracing the Y chromosomes of hundreds of thousands of men from around the world.

Their findings also revealed that the first “human” was a woman.

“You can ultimately trace every female lineage back to a single Mitochondrial Eve who lived in Africa about 150,000 years ago.” – Dr Spencer Wells of the Wellcome Trust Centre for Human Genetics in Oxford, UK

This finding is not surprising, for it is from the woman’s womb that we all spring. Our ancestors have always known this, which is why our societies were matriarchal – not patriarchal.

Together, the Black man and woman gave birth to the human race.

We are the progenitors of mankind. From us man sprang. Indeed, God is the Original man, the first physical manifestation of God’s presence on Earth. Thus, all that mankind is, was, and will be can be attributed to us.

The Black Man is the Father of Civilization

The 5 Percent Nation teaches that the Black Man is the intellectual Father of Civilization.

If you find this hard to believe, it is because white supremacy has been on a never ending campaign to destroy Africa’s intellectual legacy. And what white supremacists could not erase, they stole and plagiarized.

It was this intellectual piracy that led to claims that the Black man contributed nothing to civilization.

But the Black Power Era of the mid-twentieth century produced scholars who thoroughly debunked these lies.

Dr. George G. M. James, author of Stolen Legacy had this to say:

Stolen Legacy goes on to debunk the Fathers of Western civilization, and verifies the claims made by the 5 Percent Nation.

Other scholars have done the same. Civilization or Barbarism by Cheikh Anta Diop revealed the African origins of mathematics.

They Came Before Columbus by Ivan Van Certima properly attributed the invention of seafaring technology to our African Ancestors.

And Dr. Yosef A. A. Ben-Jochannan revealed the African Origins of major Western Civilizations in his book by the same name. 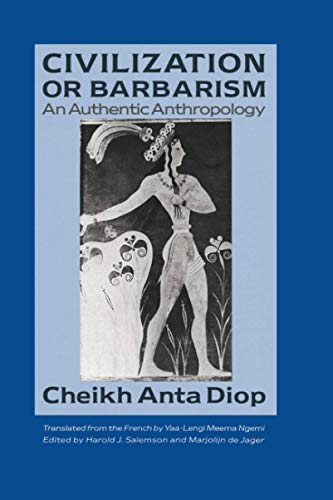 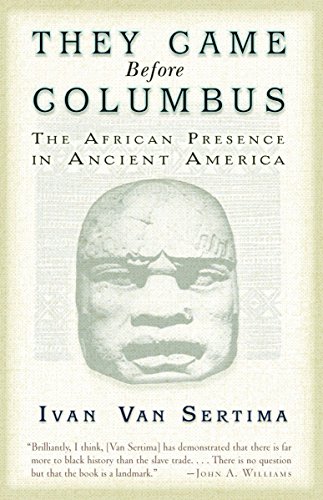 These scholars prove that Africa – not Europe – brought the light of civilization to the world.

The Black man built the first institutions of higher learning in history. From the University of Timbuctoo to the Great Library of Alexandria, our houses of knowledge taught scholars from all over the globe.

And even as the world came to Africa to learn, so too did we travel the planet carrying with us ancient Africa wisdom.

We gave knowledge to the world, and this knowledge became the foundation of civilization.

God Dwells Within The Black Man

The 5 Percent Nation is not a religion. However, every spiritual system on the planet teaches that God is within us.

Sri Ramakrishna — Do you know what I see? I see Him as all. Men and other creatures appear to me only as hollow forms, moving their heads and hands and feet, but within is the Lord Himself.

Holy Mother — When one realizes God, He grants knowledge and illumination from within; one knows it oneself. In the fullness of one’s spiritual realization one will find that He who resides in one’s heart, resides in the hearts of others as well – the oppressed, the persecuted, the untouchable, and the outcast.

Vivekananda — It is impossible to find God outside of ourselves. Our own souls contribute all of the divinity that is outside of us. We are the greatest temple. The objectification is only a faint imitation of what we see within ourselves.

Buddha — The subject on which I meditate is truth. The practice to which I devote myself is the truth. The topic of my conversation is truth. My thoughts are always in truth. For lo! my self has become the truth.

Guru Nanak — As fragrance abides in the flower,
As the reflection is within the mirror,
So doth thy Lord abide within thee,
Why search Him without?

Judaism — Create in me a clean heart, O God, and put a new and right spirit within me. Cast me not away from thy presence, and take not the holy Spirit from me.

Krishna — I am the Self, O Gudekesa, seated in the hearts of all creatures. I am the beginning, the middle, and the end of all beings.

The Prophet Mohammed  (PBUH)— He who knows his own self, knows God.

Indigenous American — The first peace, which is most important, is that which comes within the souls of men when they realize their relationship, their oneness, with the universe and all its Powers, and when they realize that at the center of the universe dwells Wakan-Tanka, and that this center is really everywhere, it is within each of us. This is the real Peace, and the others are but reflections of this.

Rama — Think that you are Parabrahman, you have no attachment, you are all-knowing and you are pure. Always feel like this and establish your oneness with the Paramatman and derive bliss within yourself without caring to know what is outside of you.

Sankara — Cherish your Guru’s lotus feet and free yourself without delay from the enslavement to this world. Curb your senses and your mind and see the Lord within your heart.

Vedas — There is one Supreme Ruler, the inmost Self of all beings, who makes His one form manifold. Eternal happiness belongs to the wise, who perceive Him within themselves – not to others.

The Black man is God, a reflection of God, and within him God dwells.

But if God is in all things, how can the teachings of the 5 Percenters lay exclusive claim to be God?

We know we are the original people, all others descended from us. Therefore, we dont need to claim to be exclusively God. Its evident!

The Black Man Is Able To Create And Manifest His Reality

We hold in our hands the power to create life, and destroy it. We hold in our hearts an inherent knowledge of right from wrong. We possess the knowledge and wisdom of all the cosmos within our cells.

In other words, the Black man has the power to create his own reality.

But if the teachings of the Five Percent Nation are true, then how did the Black man become a victim of the system of white supremacy?

The answer is found in Knowledge of Self, A Collection of Wisdom on the Science of Everything In Life. Author and member of the 5 Percent Nation Understanding Allah addresses this question:

Why…would GOD be dancing around on BET like a clown, flashing guns and money amidst a bunch of gyrating, scantily-clad women?

Or why would GOD be trapped in the slums in abject poverty, with the highest incarceration rates in the country, failing to educate himself or uplift his people, and instead choosing smoke, drink, and fornicate his life away?

…This deplorable image of the Black man is more of a construction of the media than it is an accurate representation of the GLOBAL Black man.

The Black man is a unified whole, comprised of peoples of color from all over the world, representing a multitude of different behaviors and lifestyles.

One thing these people have in common is their oppression by European imperialism, British colonization, American capitalism, manifest destiny, the Crusades, and Christian conversion.

The white-led media perpetuates and promotes images of criminality and ignorance among Black youth.

Black men are consistently targeted and discriminated against in every American institution, from law enforcement to education to employment.

Throughout the world, the situation is the same for Black men.

In regions where Blacks are the majority of the population the region is under military, spiritual, or biological attack.

The global agenda for world white supremacy is clear. The Black Man, GOD, has been and still is the only thing standing in its way.

Even in the worst conditions, in jails and ghettos throughout the U.S., Black men are waking up to their divinity.

For every Black man chasing the American dream of money and fornication, there is another who is rising up from the dead.

And these changes shape his reality. The universe responds to his will.

If there is one thing we can learn from the 5 Percent Nation it is this: The Black man is God. And if we are to rebuild Black Civilization, its time for him to act like it.