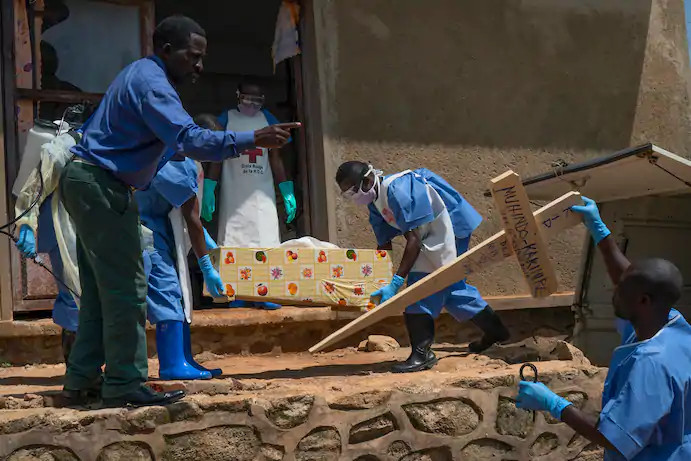 The second-worst Ebola outbreak in history is over as confirmed by the World Health Organization (WHO) and Congo’s health minister Eteni Longondo on Thurday June 25.

Eteni Longondo noted that this has been the longest and most complex Ebola epidemic in the history of the country.

The 23-month long battle against the outbreak of Ebola in Democratic Republic of Congo resulted in the death of 2,280 people and also drew on 16,000 front-line workers, technological innovation and a new vaccine.

Efforts to curb the spread of the disease which affected 3,463 people, was hampered earlier due to mistrust from community members, feuds between government officials, attacks on health care facilities and the emergence of new hot spots.

The regional director of WHO, Dr Matshidiso Moeti said the outbreak is over due to the collaboration by various arms of government and the community. Speaking at a virtual news conference, Moeti said; 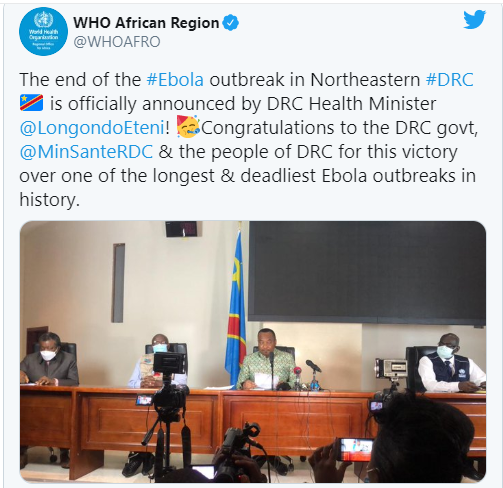 Ebola is a hemorrhagic fever endemic in animal populations that reside in Africa’s tropical forests and is passed from person to person through contact with bodily fluids. Congo has had 11 outbreaks since the virus was first identified in humans in 1976.

Kenya continues to battle the COVID-19 pandemic with cases steadily rising each day. Government have locked down a handful of counties including the capital Nairobi…

Know whats going on in the world around you with these Black news websites.

The most recent Ebola outbreak spreading through the Democratic Republic of Congo is now the worst in the country’s history, with 209 dead and 333 confirmed or probable cases, according to the DRC’s health ministry.

Very few Black men and women in America have heard of Patrice Lumumba, but his might have been one of the most significant political assassinations of the 20th century.

Everything you need to know about the symbols, ideology, and meaning of Pan Africanism.

From Intellecutals and Activists to Business and Nation Builders, these Pan-Africanists dedicated their lives to advancing the ideals of Pan-Africanism. (Part 2)

We the people have always been taught to believe that the police exist to protect and to serve. And this statement is true. Just not for all of us…

From Intellecutals and Activists to Business and Nation Builders, these Pan-Africanists dedicated their lives to advancing the ideals of Pan-Africanism. (Part 1)

Since slavery officially ended in 1865, Africans in America have been subjected to gross violations of human rights that warrant Black reparations. Here are 7 examples.

Here are the top Black websites from around the world that should be on your reading list in 2019 organized by category!

Develop a clear spiritual path with these 43 African Spirituality books by Black authors. Whether you are a beginner or an Initiate, you will find what you seek.

Let your motto be resistance! resistance! RESISTANCE! No oppressed people have ever secured their liberty without resistance! – Henry Highland Garnet

Walter Rodney was one of the most brilliant Black minds of the 20th Century. It is not coincidence that most Black students have never heard…

El-Hajj Dr. Khalid Abdul Muhammad is one of the most important Pan-Africanists in history. This is his story.

Igbotic posted an update in the group

The Pan-African Alliance is an all Black organization with members from across the African continent and Diaspora.

We serve members of our community with the tools, resources, and information they need to achieve health, wealth, and knowledge of self.